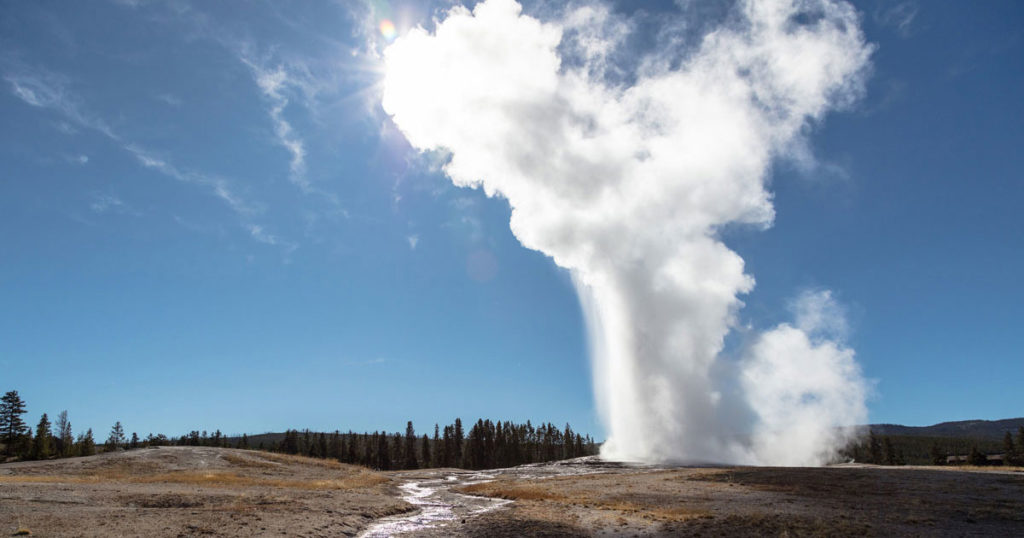 Due to the injuries, the patient, who is a concessions employee, was taken by ambulance to West Yellowstone and then life-flighted to the Burn Center at Eastern Idaho Regional Medical Center.

This incident is under investigation and her status is unknown at this time due to her being transported outside of Yellowstone National Park.

The ground in hydrothermal areas is fragile and thin, and there is scalding water just below the surface. Everyone must always remain on boardwalks and trails and exercise extreme caution around thermal features. Learn more about safety in thermal areas at go.nps.gov/yellsafety.

This is the first significant injury in a thermal area in 2021. In 2020, a three-year-old suffered second-degree-thermal burns to the lower body and back and a visitor who illegally entered the park fell into a thermal feature at Old Faithful while backing up and taking photos.

In August 2000, one person died and two people received severe burns from falling into a hot spring in the Lower Geyser Basin.