The following have been inducted into the GRHS Hall of Fame:

Congratulations to the 2020 Hall of Fame Class! 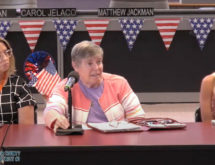