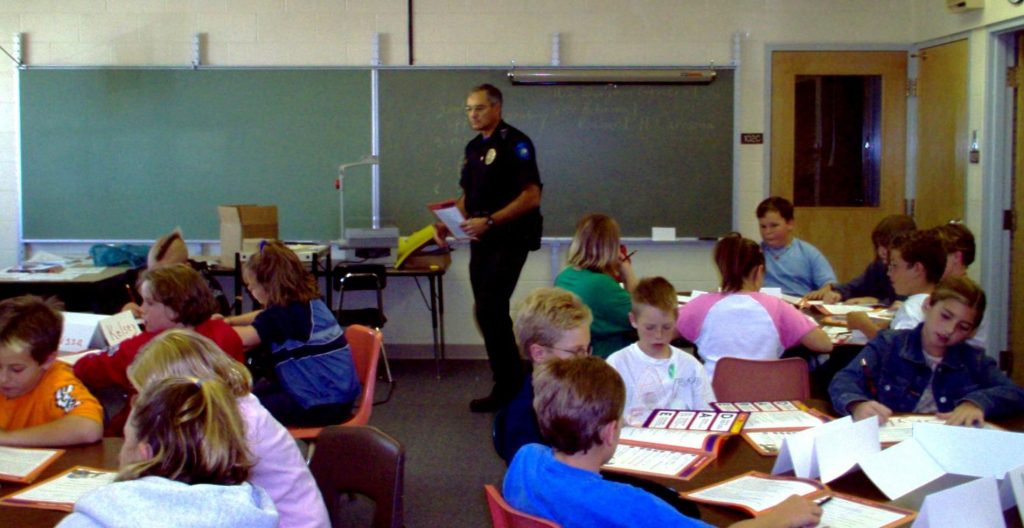 The way that police do their jobs is based, ultimately, on the United States Constitution, Green River Police Chief Tom Jarvie said.

Jarvie started with GRPD in 1991 after coming out of the army. He was appointed the interim GRPD Chief on November 17, 2018 and he got the permanent position on February 18, 2019.

Since there have been no new federal constitutional amendments recently, police work and tactics have not changed all that much over the years.

However, there have been changes in types of crimes committed, based on technology that wasn’t available to criminals 20 or 30 years ago.

The internet and the phone technology of today have opened up avenues for international fraud along with the domestic kind.

Jarvie said he even gets such calls himself.

“Every day I get one or two calls that could definitely be described as attempted fraud,” Jarvie said.

“A potential recruit now has to be at least 21 years old, have no felony convictions, and take a polygraph (lie detector) test,” Jarvie said.

A potential new recruit must also pass a written exam, usually administered at Western Wyoming Community College, and pass a psychological exam, a medical exam and a background check.

Jarvie added that it takes about three months of training for a recruit to join the GRPD in 2019, and that when potential recruits learn about all of the processes to be gone through, the GRPD frequently loses recruits in that first three months.

“It takes a thousand calls and tons of money to get 20 people,” Jarvie said.

Once on the force, though, a police officer today has more options in dealing with suspects than perhaps was the case 30 years ago.

“We might use a tazer today,” Jarvie said. “In my time pepper spray was used.”

Getting to Know The Officer Behind the Uniform

Jarvie agreed that good community relations are essential. In addition to school resource officers, the GRPD tries to use social media to get the word out about police and their responsibilities.

“We try to spread the news, help people to know the officer behind the uniform,” Jarvie said. “In the 1990s, most people’s contact with a police officer was when they got a ticket.” As a result, Jarvie added, citizens didn’t really understand how the police help the community.

The need for that relationship with the community has evolved, Jarvie explained, with a police and community “teammate” mentality having become more of an emphasis.

Each year the GRPD sponsors a “citizens’ academy” where they invite members of the community to learn more about the police officer’s viewpoint as he or she goes about their job, gaining a better understanding of how police function in their day-to-day challenges.

Media Then and Now

All three men interviewed—Keslar, Pacheco, and Jarvie, acknowledged the role that social media plays in 21st century law enforcement. Not only does news, good or bad, about police get out there more quickly than in the days when there was only radio and television reports, but officers must know how to use social media themselves.

Moreover, with cameras watching their every move now, unlike 30 or 40 years ago, police are under a microscope when they have to pull over a vehicle or bring in a suspect.

But as Pacheco said, police officers care about doing their jobs the right way. Doing their jobs with integrity and according to the policy book helps to ensure that the public has a balanced view of the police and the services they render to the community 24 hours a day, seven days a week, 365 days a year.

This is the third and final part of a three-part series on the evolution of local police work, with historic photos courtesy of the Rock Springs and Green River Police Departments. Check out part 2 of The Evolution of Local Police Work Through the Decades.