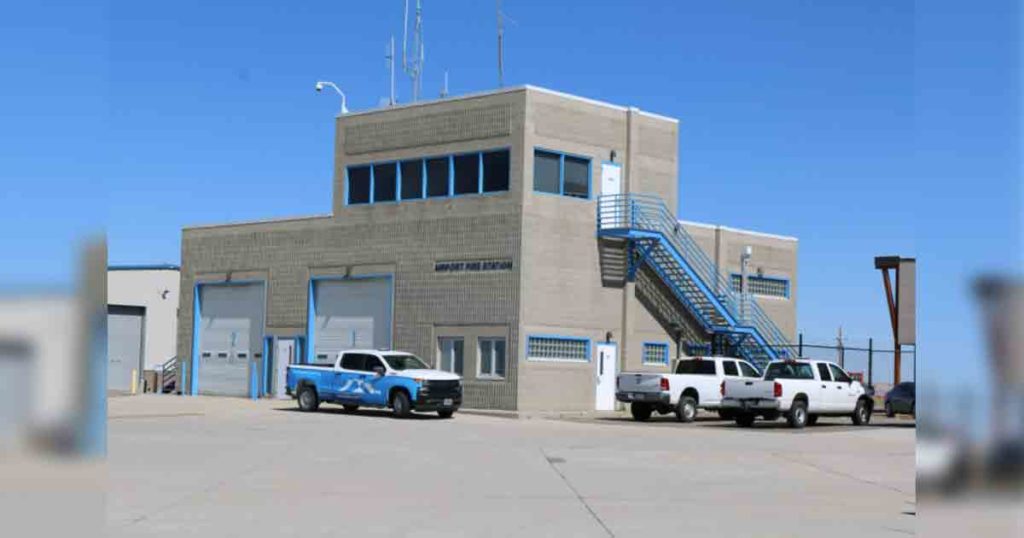 ROCK SPRINGS — The Southwest Wyoming Regional Airport will move forward with its pursuit of a little more than $1.1 million Airport Rescue Grant, after receiving support from both the Rock Springs City Council and the Sweetwater County Commission today.

During the Council meeting tonight, the Council reviewed the request from the airport and voted unanimously to approve pursuing the grant.

Rock Springs Mayor Tim Kaumo said he wanted to explain to the community that the City of Rock Springs is not giving the airport any of the $1.1 million.

“This is not coming from the city…” Kaumo said.

He said these grants are coming from all the hard work the airport board and director have been putting in finding grants to help the airport.

According to the grant agreement, the Airport Rescue Grant is provided under the American Rescue Plan Act and can be used for costs associated with “operations, personnel, cleaning, sanitization, janitorial services, combating the spread of pathogens at the airport, and debt services payments.”

The Sweetwater County Commission approved the grant request at their meeting this morning.

The Council accepted a preservation covenant between the State of Wyoming State Historic Preservation Office and the City of Rock Springs for the historic preservation of the First Security Bank building.

Under resolutions, the Council accepted a Main Street Façade Improvement Grant Agreement between National Main Street Center and the City of Rock Springs for the Rock Springs Historical Museum, in the amount of $18,000.

The Council appointed Darcie Punches-Mickelson to a third term on the Parks and Recreation Advisory Board and Kevin Harper to a second term on the Urban Renewal Agency Commission.