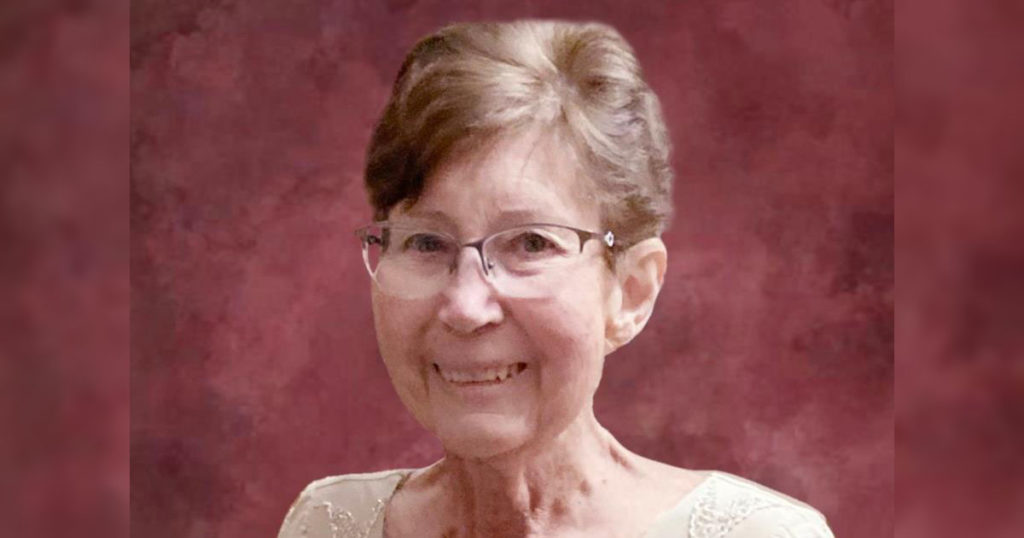 Brenda Hall Atkins, 71, loving wife, mother, grandma, and great-grandma, passed away peacefully and surrounded by many family members on January 21, 2023, after a short battle with pancreatic cancer at Intermountain Medical Center in Murray, UT. She was the oldest of two children born in American Fork, UT, to Marvin and Donna Hall.

Brenda graduated from Buena High School in Arizona. While in school, she was part of several high school plays and musicals. After graduation, Brenda went to a tech school to learn how to be a keypunch operator. After two years in that program, she graduated. The family joined her dad in Okinawa, Japan, where he worked in communications for the US Army.

In May of 1971, in Okinawa, she met the love of her life, Calvin Eugene (Gene) Atkins, while he was part of the Navy Seabees. After Gene’s tour in Okinawa, they returned to the states to live in Logan, Utah. They were married on October 13, 1971, in the Salt Lake Temple. During this time, Brenda worked at the Bluebird Restaurant.

About two weeks after Jason’s birth, Gene and Brenda moved to Roy, Utah, for Gene’s new job. At the same time, Brenda was home raising the children and acting as an apartment manager. In time, they bought a house and moved to Clinton, Utah. Their third son, Kenneth Eugene, was born in May 1977 in Ogden, UT. After Kenneth was born, Brenda began working for the IRS. Brenda and Gene’s youngest daughter, Stephanie Michelle, was born in September 1979 in Ogden, UT.

Brenda was a member of the Church of Jesus Christ of Latter-Day Saints. Throughout her membership, she served in many callings like Sunday school teacher, chorister, the cook for several girls’ camps, and counselor in Relief Society Presidency. However, the calling Brenda loved the most was being a part of the Scouting program. She was part of the Scouting Committee for the Lakeview District. She went through Woodbadge training to continue her leadership training, where she was a part of the Fox Patrol.

Brenda had several hobbies and passions throughout her life. She loved to sing and was a great seamstress. Brenda really enjoyed learning about the Native American culture and learning how to do beautiful beadwork. Gene and Brenda started going to Mountain Man Rendezvous, where she really got to know more about the Native Americans and the way of life of the Mountain Man. There, Brenda and Gene met many friends and immensely enjoyed the culture.

In 2009, Gene and Brenda had the opportunity to return to Okinawa for five years, where they lived (Gene worked as a civilian) on the Air Force base. They thoroughly enjoyed the people and culture of Japan. After returning to the states, they retired and settled in Green River, Wyoming. Brenda loved her children and grandchildren dearly. She never hesitated to help them out in any way she could. Brenda spent the last several years serving as a substitute teacher. The students and staff created strong bonds with her. Many students called her Grandma Atkins, which she loved dearly.

Brenda is preceded in death by her father, Marvin Hall; stepfather Walter White; Father and Mother-in-law, Calvin and Pat Atkins; Her grandson Tucker Atkins, son of Jason and Tonya Atkins; Her great-grandson, Kage Teeples Jr., son of Kage Teeples and Samantha Pantaleon; Her niece Erin Hobson, daughter of Bill and Valerie Atkins; as well as several aunts and uncles.

Funeral services will be livestreamed and can be viewed online at www.allenmortuaries.com