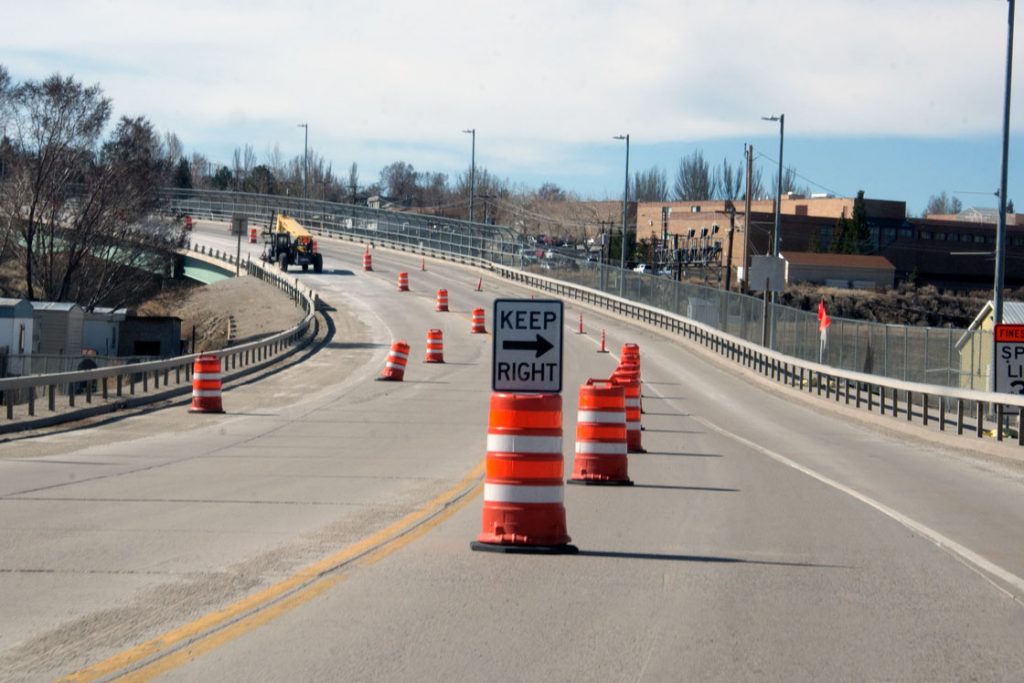 ROCK SPRINGS – The Wyoming Department of Transportation will be conducting some bridge rehabilitation work on three bridges over the Union Pacific Railroad tracks and the Bitter Creek on the WYO 376 Belt Loop. Work on all three bridges will take place over the course of the spring and summer months and will include lane closures, reduced lane size and even a temporary bridge closure.

The first bridge slated for work is located over the UPRR tracks next to Rock Springs High School on the WYO 376 Belt Loop.

WYDOT would like to advise drivers who frequent this route of narrow lane widths and potential lane closures. WYDOT is also recommending that commuters to Rock Springs High School and the surrounding businesses plan accordingly for possible delays and reduced speeds.

Lanes will be reduced to about 9 feet in width to maintain two-way traffic.

Crews will do their best to maintain two-way traffic, but some temporary delays could occur. Work on the High School bridge will taper off in June, as crews gear up for work on the other two bridges on WYO 376 Belt Loop near Dewar Drive.

Work on the two bridges that connect Dewar Drive and Blair Avenue near Chopstix and AutoZone will follow, tentatively in June. The bridge over the UPRR tracks will receive a complete deck replacement while extensive rehabilitation work will take place on the second bridge.

Due to the nature of the work on these two bridges, both bridges will be completely closed to traffic during the course of work. WYDOT has set a 60 calendar day window for the closure. WYDOT does not anticipate the closure overlapping into the school year, but there is always the possibility of the work exceeding the 60-day window.

As that time approaches, WYDOT will notify the city of any schedule changes and extensions. Residents of the West Center Street area and patrons of the Animal Control Center and the Rock Springs Dog Park will still retain access for the duration of the closure.

However, West Center Street, the dog park, and the Animal Control Office will only be available by entering and exiting the Belt Loop from Dewar Drive. Variable message signs will be placed on popular routes near the work in order to notify motorists and commuters in advance of, and during, the· closures.

As the closures near, more specific times and dates will be made available to the public. The contract was awarded to Reiman Corp. and Subsidiary, out of Cheyenne, in September of 2015, for about $1.5 million. WYDOT has set a completion date for the project at the end of October this year.