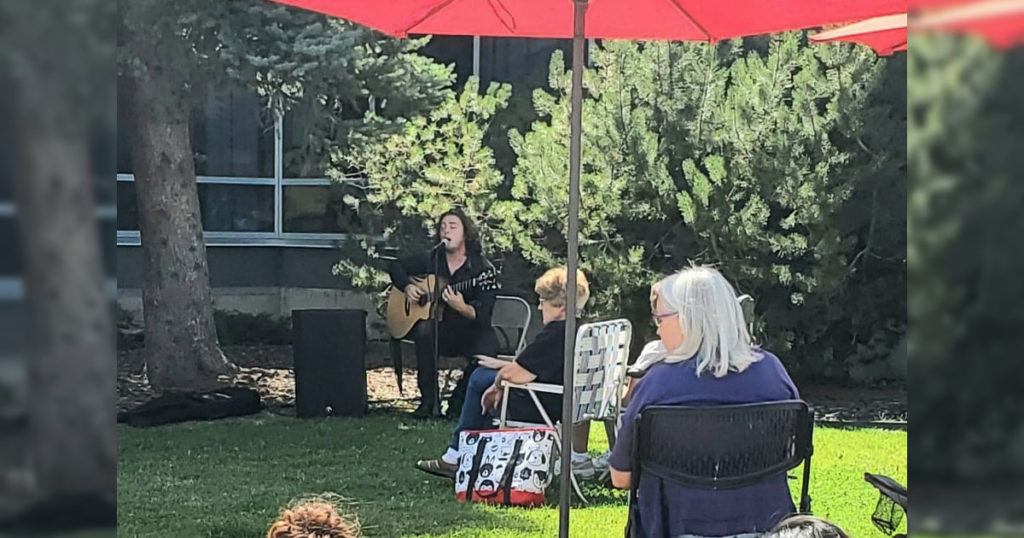 Steven Davis performs for the lunchtime crowd during the 2020 Brown Bag Series. Davis is slated to perform again on June 8.

ROCK SPRINGS — SweetwaterNOW is excited to announce that we will once again be partnering with Downtown Rock Springs/Urban Renewal Agency to bring you the Brown Bag Summer Concert Series.

This year marks the sixth summer residents can grab some lunch and head downtown to enjoy great live music performed by a variety of talented artists. The 14-week series begins June 1 and all shows will run from noon to 1:30 p.m.

Concerts will be held on the lawn behind the Sweetwater County Health and Human Services building at 333 Broadway. In previous years, the shows took place in the bank court. But due to ongoing renovations to the First Security Bank Building, the shows have moved down the street for the time being.

Here is a lineup of dates and performers this summer:

June 1 – Stephen “T00M3R” Caron
Steven is a local performer, blending his lyrics with hip-hop beats. He has five albums under his belt, including his recent release, “Nothing’s Perfect.”

June 8 – Steven Davis
Only one year after Steven got his first six-string guitar, he was writing his own songs. Music has been a constant passion in his life.

June 15 – Andy Sydow
Andy is an Americana, Rock, Folk singer/songwriter from Denver. The multi-instrumentalist uses satire to get his point and is constantly touring.

June 22 – Flyover Town
This Green River duo is popular for their country/outlaw originals.

June 29 – Eddy Delbridge
Eddy is a Rock Springs singer/guitarist, specializing in humor in some of his songs. Most are familiar with his catchy tune, “I-80 Is Closed.”

July 6 – Dave Pedri
Feel free to dance on the grass. Dave is a local accordion player who plays polka tunes.

July 13 – Rupert Wates
Interaction is very important to Wates. The London-born artist prefers smaller, more intimate spaces, where the audience is up close and personal, where true musicianship counts and where real emotion isn’t faked.

July 20 – Ryan Biter
With some songs, Biter is allowed to play with expansive/ambient sounding tones and textures. Local radio stations such as Arizona’s Adult Alternative, 92.1, Prescott has been supporting his music.

July 27 – Micah Paisley
Micah was inspired to play the bass guitar after being invited by friends to join a band when he was in high school. His brother also encouraged him to play, as well. “Although I play mushy love songs, my favorite music to listen to has always been punk rock,” Micah revealed.

August 10 – The Rough and Tumble
These performers are a dumpster-folk/thrift store American duo. They present a no nonsense, straight forward, modern-sounding folk music.

August 17 – DanO K (Dan Kershisnik)
Kershisnik has played solo and in several bands in Ann Arbor, San Diego, Los Angeles, Denver and Rock Springs.  Along with his original material including “Wild Hearted Woman”, “I Like My House”, “Stay in the Game”, “Tomorrow’s Calling” and others, he plays an assortment of cover tunes from Gordon Lightfoot to Tom Petty, Kane Brown to The Cars, in a campfire concert atmosphere. There’s something for everybody!

August 24 – Joe Barbuto
Joe has been tackling the keys for many years. Many recognize him as a band member in local band, Wy5. He also has his own band, Joe Barbuto Trio.

August 31 – Nick Gomez
Gomez is a multi-instrumentalist from Texas. Always keeping busy musically, sound has always been a passion for Nick and being able to share his art with whoever will listen has always been the greatest and most fulfilling reward. 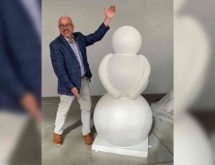