GILLETTE — On October 8, 2016, Campbell County Sheriff’s Office was notified by the Gillette Police Department that an individual had information relating to two missing people. CCSO spoke with the individual and gained information which lead to the identification of a possible suspect connected to their disappearance.

Based on that information, deputies located the suspect, Michael Montano, 37, of Gillette. Further investigation led to locating a vehicle owned by Montano. A subsequent search of the vehicle led to the location and identification of two bodies later identified as Jody Fortuna, 38 and Phillip Brewer, 33, both of Gillette.

Autopsies have been performed on both deceased individuals and CCSO is awaiting an official report. Initial assessment, identified both subjects may have died from injuries received from a gunshot.

CCSO Investigators along with members of the Wyoming State Crime Lab are continuing this investigation. 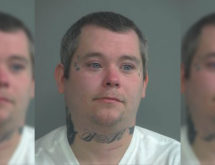 Banner Sentenced to 15 Years in State Penitentiary for Sexual Assault