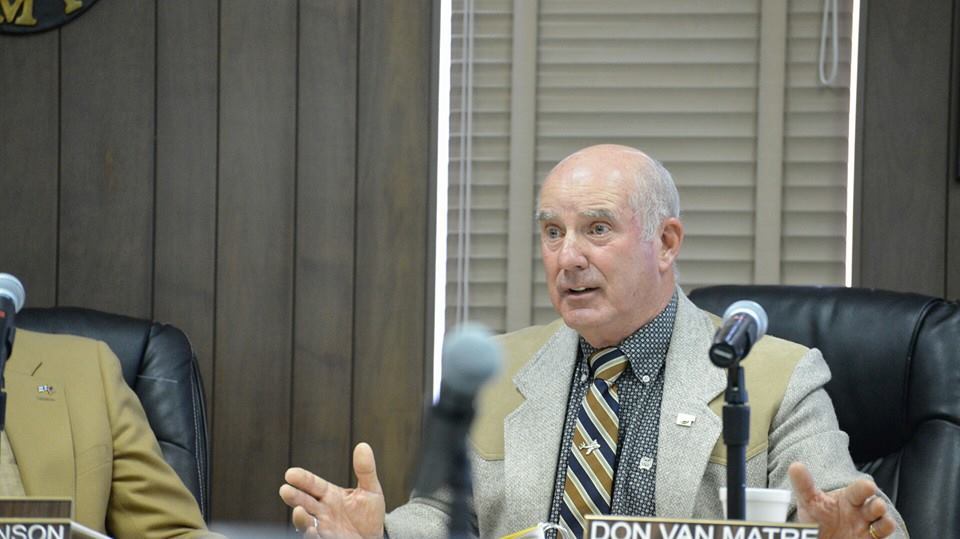 GREEN RIVER – During the recent recession, residents and businesses alike have had to make hard decisions. While Castle Rock Hospital District has had financial hardships for some time, they are now at a place where they must make some difficult choices.

Castle Rock  Hospital District Officers Bailie Dockter and Todd Toddson presented to the commissioners. Dockter has been Chief Executive Officer for three months while Toddson has been Chief Financial Officer for approximately a year.

Toddson explained where the financial losses are coming from. His presentation focused on reimbursement, or the lack thereof. The biggest financial issues come from the convalescent center.

It cost the district $340 a day per person in the center. Toddson said most of the patients in the center are Medicaid patients and Medicaid reimburses at $183 per day. He said after all reimbursements are received, they are still $50 short per person a day.

Castle Rock’s mill levy has also remained unchanged for 31 years. He said they rely heavily on federal and state reimbursement but that has continued to be cut. These cuts are occurring while costs continue to go up at approximately 5 percent per year. One example he used was food costs, which have gone up approximately 9 percent.

Toddson explained that wages and benefits have also had to increase over the years in order to stay competitive in getting medical professionals to work at the center.

In order to keep running, Dockter explained they have had to make hard decisions. This includes eliminating positions in order to cut costs. These cuts will save the hospital district $450,000. She said they have also increased revenues at the medical center and partnered with Memorial of Hospital of Sweetwater County to bring services over for residents.

MHSC CEO Gerry Klein was at the meeting with the officers from Castle Rock. He has said several time it is more of a benefit for residents and furthers the end goal of  providing quality health care if the two hospitals work together, rather than compete against each other.

Dockter said they have three choices at this point. The first is to receive county help. She explained they would need $550,000 by Feb 1st, which would keep them running until June 30, and from then about $1.6 million a year.

The second option would be go to the voters for a special ballot initiative to raise the district mill. Castle Rock Legal Representative George Lemich, who has also just recently begun representing Castle Rock, explained that due to recent legislative action, they would have to wait until the regular election and could not do a special election sooner.

The final choice would be to look at privatizing the convalescence center and possibly other parts of Castle Rock.

Commission Chairman Wally Johnson said this problem has been ongoing for as far back as ten years. Castle Rock has borrowed money from the bank against the mill to cover yearly operating costs. The biggest question Johnson had was if this was the responsibility of the taxpayers of the county.

Johnson did make it clear that those in the convalescent center where county residents, and the commissioners do know that.

While he supported a tax, he urged Dockter and the board to really take a hard look at privatization. He also said at one point there was talk MHSC would take Castle Rock over and thought that idea should be revisited.

Commissioner Reid West said he did not think there would be enough support to get a ballot initiative  passed. He said he was not opposed to providing short-term help, but also said they should really look at privatization. West also brought up lease issues with the property and urged the Castle Rock team to take a close look at that also.

Commissioner Don Van Matre was on the Castle Rock Board approximately 11 years ago. He said this is an emotional issue for him because he has served with friends on the board and has friends on the board now. He said he has also had family members who have received excellent care at the convalescent center.

Both Van Matre and Commissioner Gary Bailiff kept their comments short, agreeing with what West and Johnson said.

No action was taken on the issue at this meeting.