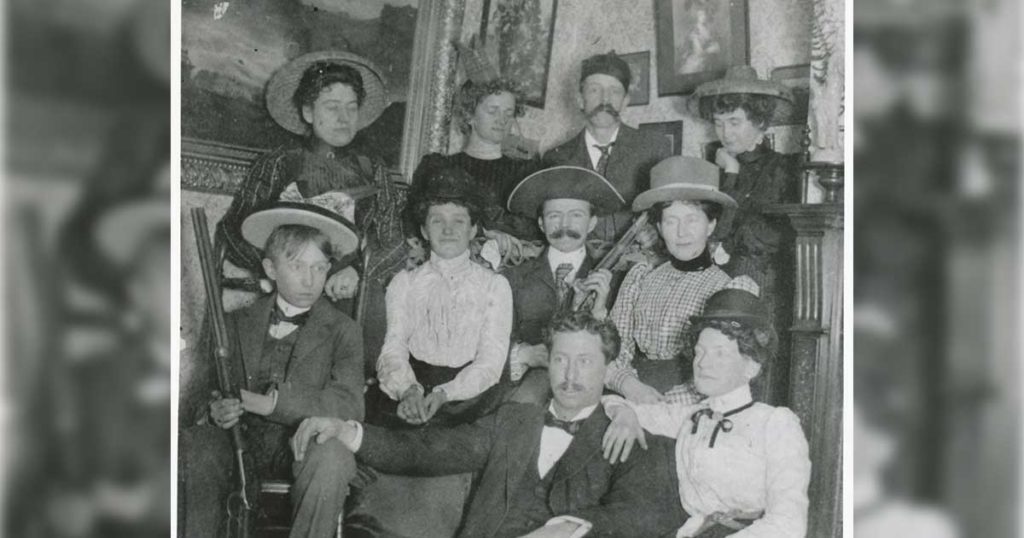 Christmas Eve at the Ezra Emery home in Rock Springs, 1901. Ezra Emery, an important pioneer in long-distance automobile travel in Wyoming, is the man with the moustache in the bottom row. Sweetwater County Historical Museum photo

While searching through its photo archives recently, the staff at the Sweetwater County Historical Museum in Green River came across a unique holiday image from over a century ago – Christmas Eve at the Rock Springs home of one of the most important, yet largely unrecognized, figures in Wyoming history.

Ezra Lowman Emery – known as “Good Roads” Emery – was a groundbreaking civil engineer who mapped out an automobile roadway across southern Wyoming from Cheyenne, to Ogden, Utah in 1911 and 1912 along the corridor of the Union Pacific railroad line. What he called the “Transcontinental Highway” became the Lincoln Highway, which was officially christened in 1913. Later the route evolved into U.S. Highway 30, then Interstate 80.

Born in Omaha, Nebraska, in 1866, Emery began his career as a Union Pacific civic engineer and soon moved to Wyoming. A tireless advocate of automobile transportation, he served as City Treasurer of Rock Springs to 1896 to 1899 and from 1900 to 1904 he was Rock Springs City Engineer.

Among the most treasured items in the County Museum’s archives are Emery’s scrapbook and photo album, which are filled with photos of his journeys.

The group photo shown at the top of the article is marked “Christmas Eve 1901 – Ezra Emery Photo.” The people in the shot are identified as “Allie Huff Evans,” Penrose Reed,” “Mrs. Gray,” “Mrs. Ludwigsen, “Dr. Schafer,” “Newman,” “Minnie Durham,” “Mrs R. Harvey Reed,” and “Maude McCoy Emery.”  Ezra Emery is the moustached man at the bottom of the photo.

Emery went on to serve as Wyoming Assistant Commissioner of Public Lands, Chief Clerk of the Wyoming State Senate, and Field Superintendent of the Intermountain Good Roads Department, National Highway Association. At the time of his death in 1924, he and his family were living in Reliance.

Merry Christmas, Ezra. All of us who travel on what is now I-80 owe you a debt. 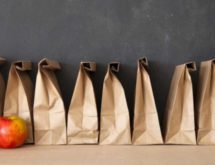 SCSD No. 2 Will Provide Free Meals Over Spring Break 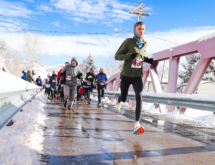 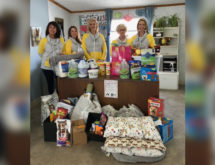 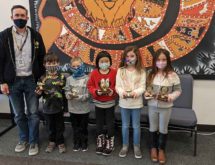