CEDAR GROVE, TN — Chuck Merritt of Cedar Grove, Tennessee and former longtime resident of Rock Springs, Wyoming went to be with the Lord on July 12, 2017. Chuck had been a patient of Jackson-Madison County General Hospital following and died following a short illness.

Chuck was born in Loveland, Colorado on March 10, 1939, and was raised in Cheyenne, Wyoming. He was the oldest of three brothers and one sister that grew up in true Wyoming tradition. Chuck attended school in Cheyenne graduating from Cheyenne High School in 1957. Following graduation, Chuck enlisted in the United States Navy, serving honorably as a Radio Operator 2nd Class.

Life after the service took him through many adventures and occupations. He often recounted his greatest achievement in life was falling in love and marrying Linda Kaye Valentine on February 3, 1966, and being the father of three lovely daughters. The Merritt family lived in Rock Springs, Wyoming where Chuck worked for the Union Pacific Railroad and then at Stauffer Chemical Company, (later OCI) until his retirement in 2004. Following his retirement, he and Linda decided to follow their youngest daughter Julie and her family to Cedar Grove, Tennessee.

Chuck and Linda settled into life in what Chuck liked to call “Metropolitan” Cedar Grove, a small agriculture area in West Tennessee. They were active in the First Assembly of God in Milan, Tennessee. Chuck grew new and lasting friendships with many people in the area, often going out of the way to help with farming, ranching and about anything else that was asked of him.

He was proceeded in death by his wife Linda, his infant daughter Kathryn, his parents Joseph and Florence Merritt, and his in-laws Olien and Mary Valentine.

Services were conducted at First Assembly of God in Milan, Tennessee with internment following cremation at Hickory Flats Cemetary in Cedar Grove, Tennessee. Some of Chuck’s ashes have returned to Wyoming and were spread in the Tetons, the place he wanted to see one more time. 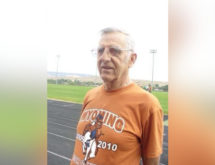 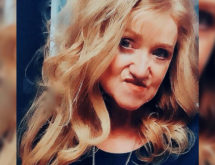 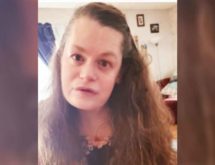 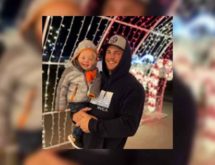