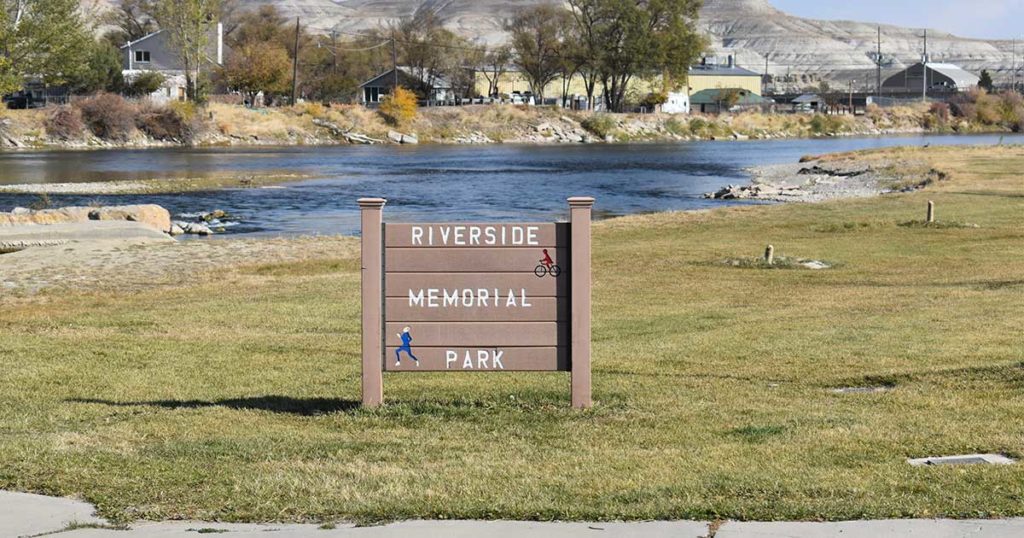 GREEN RIVER — Riverside Memorial Park in Green River could be receiving upgrades include a replacement pathway and added lighting if the funding comes through.

The Green River City Council unanimously approved for the Green River Parks and Recreation Department and the Engineering Division of Public Works to submit a grant application to cover the cost of the upgrades.

The Parks and Recreation Department will also request support from a Rec Mill grant through the Sweetwater County School District No. 2 to share the city’s match requirement. This amount was included in the city’s recently adopted Fiscal Year 2022 budget.

The project would replace a .42 mile loop of concrete pathway that is in poor condition, according to Parks and Rec Director Brad Raney. It would add lighting to that section of the Green Belt, which is a longtime goal of the Council, Raney said.

Raney said that they applied for this grant last year but that there simply was not enough funds available for the project. However, he said WYDOT liked the project and that he is optimistic this year.

“They came out in May and toured the site and they’re really happy we applied again. They thought it was a really good grant application, they just didn’t have enough money,” Raney said.

Mayor Pete Rust said that the Green Belt is an important and popular feature in Green River, so this project is important.