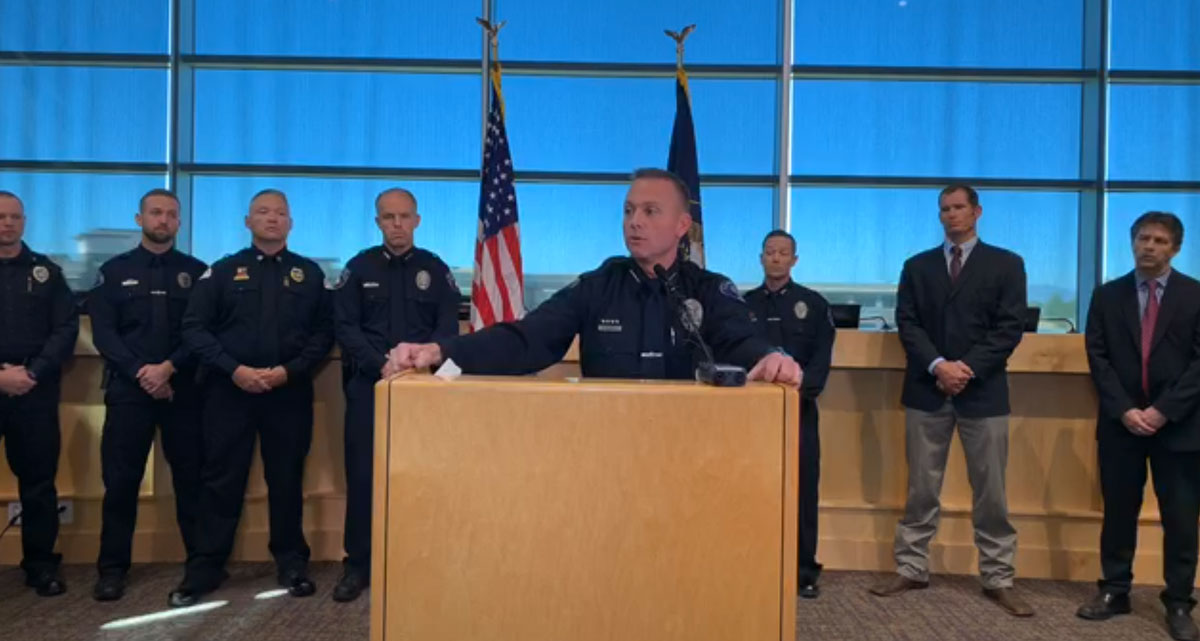 Burns is a long haul truck driver, in which he drives routes all along the western United States.

First and foremost, Clearfield Police Chief Kelly Bennett took a moment at the start of the press conference to recognize the victims of these assaults.

“I’d like to recognize the victims in this case and acknowledge their courage and perseverance over the past several years. They’ve lived through some horrific and incomprehensible memories for several years, and now we hope and pray for each one of them that they can find some closure and some peace as they continue with their lives. We appreciate their faith and their support throughout the years,” Chief Bennett said.

Chief Bennett also commended the agencies who helped with the investigation up until this point. The arrest happened through a collaborative effort of local law enforcement agencies in Utah and Wyoming, including the Rock Springs Police Department and the Laramie Police Department, the Davis County Attorney’s Office, the Utah State Crime Lab, Genetic Genealogist Dr. Barbara Rae-Venter and other private industry organizations.

The Investigation and the Importance of DNA and Technology

The Clearfield Police Department began investigating multiple rapes between 1994 and 2001, in which during those investigations, DNA was collected, as well as other evidence. In 2003, Clearfield Police obtained a DNA warrant in the name of “John Doe” in regards to other sexual assaults that occurred between 2001 and 2003. Around 2010, due to advancements in DNA technology, four other sexual assaults were connected to the 2001-2003 rapes when DNA was entered into the Combined DNA Index System (CODIS).

In May of 2015 a cold case investigation began into the connected sexual assaults that included Clearfield City, Layton City, Ogden, Laramie (Wyoming), and Rock Springs (Wyoming) between 1991 and 2001. Sgt. Tim Robinson from the Rock Springs Police Department was involved in this investigation.

In 2015, detectives from each agency worked with the television show Cold Justice Sex Crimes. Their expertise and dedication to the cases brought in several tips and linked other incidents using DNA evidence. Additional sexual assault incidents in Clearfield City and Riverdale City were then linked utilizing advanced DNA technology.

With the help of Genetic Genealogist Dr. Rae-Venter, they were able to build a family tree using the DNA from the cases and DNA that had been entered into the database for genealogy purposes. The Clearfield Police Department were able to track down a possible relative of their suspect, and they interviewed him. After a DNA swab test, they were able to confirm his relationship to the suspect as the suspect’s half brother.

The identification of the half brother led to identification of Burns, and they then started surveilling Burns. Through surveillance of his home, trash, and whereabouts, they were were able to conclude Burns was their suspect and they amended the warrant with the following charges:

“There’s no doubt in my mind that this is our suspect,” Chief Bennett said. “If there was a doubt, we wouldn’t have made the arrest.”

The investigators did consider earlier on in the investigation that the suspect could be a long haul truck driver, as the reported cases were all along long routes for industrial centers, Chief Bennett said.

Many of the victims lived in apartment communities with access to the residences through sliding glass doors, which Burns would allegedly utilize.

Several of the cases shared a similar modus operandi (MO), such as the victim’s being bound, repeated sexual assaults over an extended period of time, smell of alcohol beverage, victim’s families being forced to watch the attacks, the use of a firearm or knife, and other personal characteristics.

Some crime scene evidence has not been released yet, as it is believed the suspect has committed additional crimes in Clearfield, as well as in surrounding jurisdictions, and surrounding states.

Chief Bennett said there is a tremendous amount of follow up investigation to take place now that the suspect has been identified and arrested, as they will be looking into further assaults to see if any of them are connected to Burns. They will also be looking into where Burns has been living and spending his time all these years. Bennett said they have some information pertaining to his whereabouts, but as the investigation is ongoing, they will not be releasing that information at this time.

Chief Bennet noted that during their interview with Burns after he had been detained, Burns was “calm”.

Searching for Connections to Other Cases

Since Burns is a long haul truck driver, the investigators and law enforcement officials are asking that surrounding police departments, as well as departments all across the western United States, to check their cold case files and any rape kits that have not been entered into the CODIS database.

Bennett also said they are encouraging victims who have been raped or sexually assaulted to contact their local police departments.

Chief Bennett noted that he understands it can be difficult for the the victims of sexual assault and rape to report their assaults, but he said it is crucial and viable to investigations.

Keeping a Relationship with Victims

He believes it is crucial to the healing process to keep relationships between the victims and law enforcement. 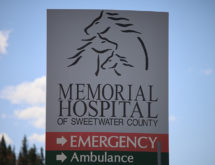