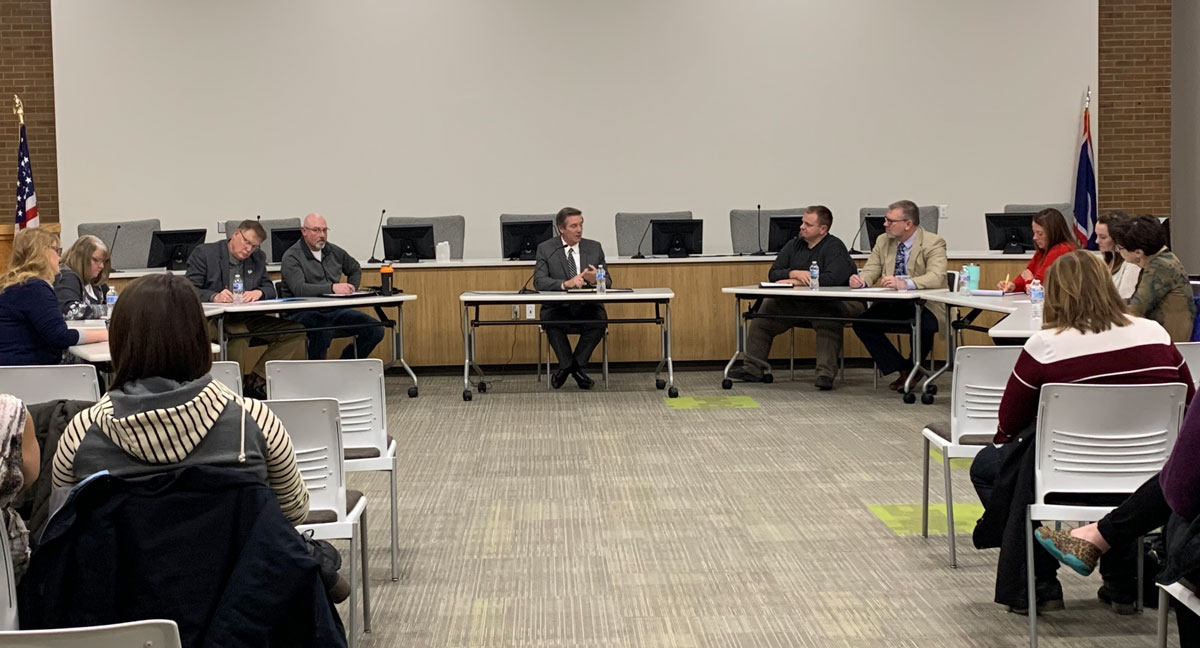 GREEN RIVER– Sweetwater County School District #2 hosted its second night of interviews for the new Superintendent of Schools on Wednesday, with a community forum taking place Wednesday evening in which the community could hear Joel Dvorak’s take on relevant issues.

Dvorak was the Superintendent at Natrona County School District #1 for 10 years.

When asked what his vision was for the school district, Dvorak said the district is already poised for success. Rather than come in and change things right away, he would like to learn and observe before collaboratively making changes with input from different perspectives.

“We could be the envy of the state,” Dvorak said of the district.

He believes that the foundations have been built and that the district needs to keep building on the good work that has happened already. He said how things can be improved is by refining what each child needs.

Along with building on the district’s strengths, he believes a good culture is of utmost importance in creating success.

Dvorak said staff should be enthusiastic, energetic, and hold themselves accountable in order to motivate students.

“Kids watch what you do more than what you say,” he said.

He added that “healthy accountability is really a good thing”. He believes in having “tight” and “loose” expectations. Tight are the ones that are non-negotiable, while loose are ones that have some flexibility. He said staff should be held accountable for upholding expectations.

“Collective teacher efficacy has the greatest power for student achievement,” he said.

He believes that “culture trumps process” and that schools need good relationships between staff members to have the best opportunities for success.

When it comes to making decisions, Dvorak said he is not afraid of making them but he does not want to leave anyone behind. Therefore, he prefers to make collaborative decisions.

He prefers to make decisions by bringing together different people to share different perspectives. He said they do not have to come to a consensus, but through the discussion, they can add value to the solution.

Dvorak added that he likes to put systems in place where he can receive feedback from each school.

Next Tuesday, January 28, will be the final superintendent candidate interview. Craig Barringer, Superintendent at Libby Public School District in Libby, Montana, will visit the district and partake in the same community forum.

Barringer has been superintendent in Libby since 2014.