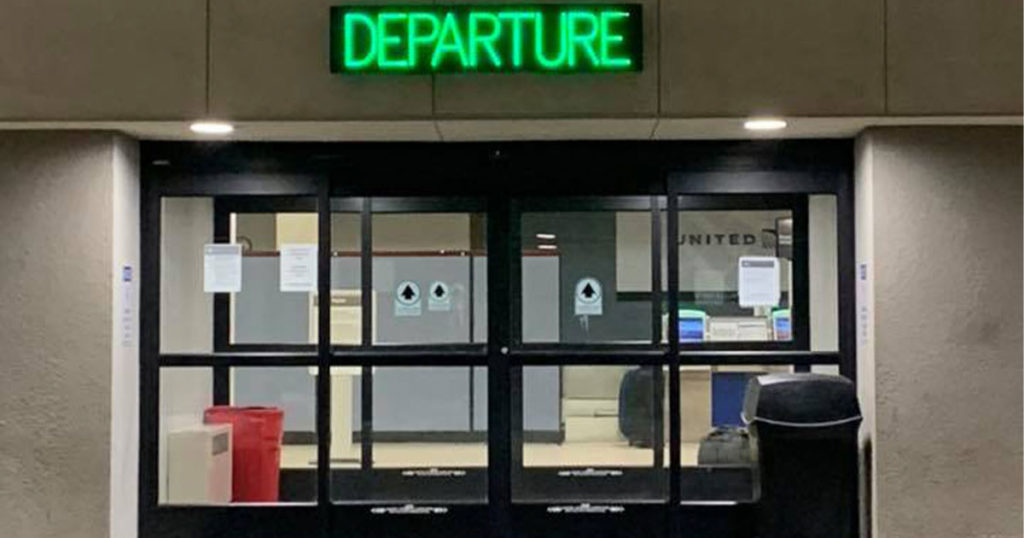 The grant is to go towards the commercial terminal modernization project. Airport Director Devon Brubaker said there is a $13,161 local match that the airport board will cover. This means there will be no additional cost to the county or the City of Rock Springs for this grant.

The Rock Springs City Council will consider approval of this grant agreement at its meeting tonight.

Brubaker also provided an update on the project, stating that it has been a slow process. He said both additions are currently largely enclosed with foam board insulation. Construction crews are also currently working on fire suppression and roof drains. Brubaker said the roofing is complete on the small addition on the west side, and he is hoping the roofing on the east side will begin next week.

“It’s moving along very slowly. We are by contract supposed to be done December 16 of this year so that’s three months away from now. If we’re done by December 16 of next year I will throw a party,” Brubaker said. “It has been a very difficult project. I’ve done close to a billion and a half dollars of airport construction in my career, and this has been the most difficult project I’ve ever done. It’s been very complicated.”

Subsegment D.3, known as the Bridger/Anticline to Populus, is a single-circuit 500 kilovolt line running approximately 200 miles between the new annex substation (Anticline) near Point of Rocks, to the existing Populus substation near Downey, ID.

The Gateway West subsegment D.3 is planned to be placed in service in November 2027. The goal of the project is to continue growth into a grid powered by clean energy, and connect and optimize diverse, clean resources across the west with a strengthened and modernized transmission network.

Next steps for PacifiCorp includes initiating right of entry requests to landowners to complete necessary studies, contacting the county planner to determine county permitting requirements, and re-introducing the project to the Bureau of Reclamation.

Commissioner Mary Thoman asked if the BLM is going to have any issues with the project since the right of way was issued 10 years ago. Brown said that she has spoken to the Kemmerer and Rock Springs field offices and that they have acknowledged that the right of way has been granted and that they plan to implement it.

“At this point we do not foresee any issues with them,” Brown said.