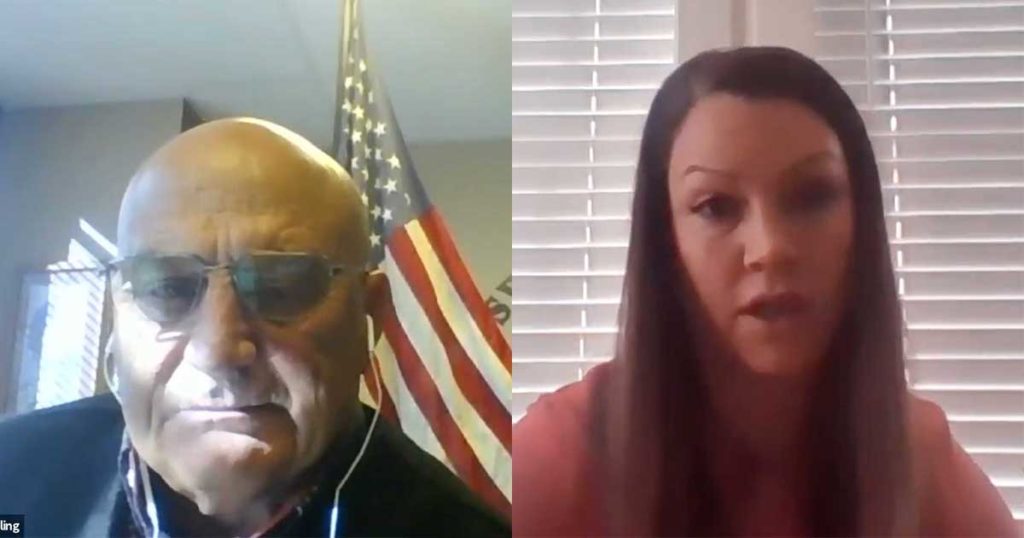 That rise in cases from October 28 to November 16 is a 124 percent increase, according to Richardson.

“We have had more than doubled the cases in just 19 days,” she said.

“These are big numbers and big increases,” Richardson said.

“That is if we don’t do anything about these numbers and keep doing what we’re doing without making any changes,” Richardson said.

Richardson emphasized making small sacrifices to prevent a big disaster later. She said it is known that masks work in reducing and preventing spread of infectious diseases.

“We know that wearing masks works. It’s what healthcare workers have used and continue to use in the hospital where we are treating a highly infectious disease and to prevent the spread of that disease,” she said.

Richardson said she is asking the community to take the steps to wear masks and practice social distancing and good hygiene to prevent the further spread of COVID-19. She said COVID-19 is “real and it’s scary, and it’s something you don’t want to get”.

“I’m going to ask everyone to please spend that ounce of prevention by wearing a mask and practice social distancing so we don’t have to pay that much larger price of what is it stake if we don’t,” she said.

The commissioners discussed that meeting on Tuesday, saying they supported Sweetwater County Public Health and the local healthcare workers. However, Commissioners Roy Lloyd and Jeff Smith both expressed concerns with enforcement of a mask mandate, which Dr. Stachon has applied for a variance with the state to implement one.

Commissioner Smith said he isn’t sure a mandate is going to change anybody’s mind or if it will just overload the court system and put enforcement burdens on law enforcement and businesses.

“The numbers are increasing and my concern as we see the numbers increase is how to keep the businesses open,” Lloyd said.

He said it is not just concerns of state-ordered restrictions, but rather having a lack of ability to fully staff a business to keep its doors open.

Commissioner Schoenfeld echoed this concern, saying that it’s not just small businesses, but also the big industry businesses in the community.

“That’s a huge concern for these large industries that are bringing in millions of dollars to our community and employing the majority of the people who work in our community,” Schoenfeld said.

She said there needs to be emphasis on educating the public.

The commissioners all thanked the local healthcare workers for their efforts in keeping the community safe.

“You’re doing an outstanding job for the people of Sweetwater County, and you don’t go unnoticed,” Commissioner Wally Johnson said.

Chairman Randy “Doc” Wendling said contact tracing has changed quite a bit as the numbers of new cases has increased, as Public Health simply does not have the staff or time to keep up with the number of tests and cases.

He said the person who tests positive is now responsible for contacting people who they have been in contact with to notify them of possible exposure. Commissioner Lloyd said this is not at the fault of Public Health and does not reflect their abilities, but rather reflects the overburden they are experiencing.

Commissioner Smith echoed Richardson’s sentiments in that this is not an issue of taking sides against each other, but is about fighting a common goal of limiting spread of COVID-19.

“This is real. So it’s just a matter of what we want to do, and how much responsibility do we want to take as citizens of our city, our county, our state, to try to combat this,” Commissioner Smith said.