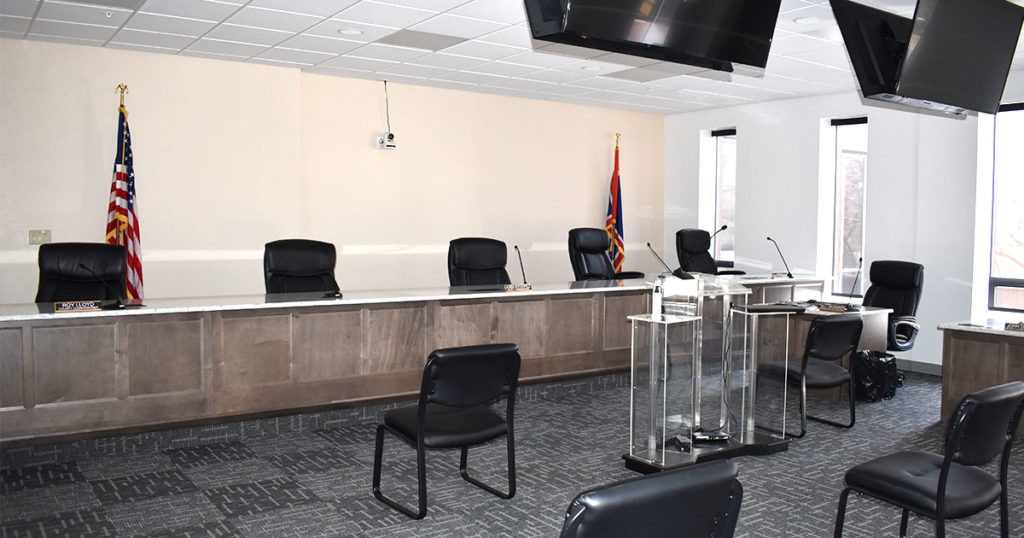 SWEETWATER COUNTY — The Sweetwater County Commission continued discussions today regarding a position that would help the board communicate with the community and improve transparency.

In August, the Commission discussed the possibility of creating a county administrator position, or a PIO position, to fill in the communication gaps between the Commission and constituents. Today, they talked about adding Public Information Officer (POI) duties to a position already within the county personnel.

Commissioner Lauren Schoenfeld said that after the last discussion she emailed department heads and elected officials to see if there were any existing employees with PIO skills and the time and capacity to take on these extra responsibilities. This would prevent the Commission from having to hire a new employee.

Schoenfeld said the purpose of this discussion is to close some gaps in communication going outward to constituents. She said that having someone within the county communicating directly from the Commission to the constituents would help share information they find important as well as improve transparency.

“I think that’s a big gap that we have as a commission,” Commissioner Schoenfeld said.

While the Commission believed any of these three employees would be well suited to act as a PIO for the county, they were leaning towards Mower based on his experience with the Sheriff’s Office and his work in keeping the public informed during the COVID-19 pandemic. Mower acted as the Chief Public Information Officer for the Sweetwater County COVID-19 Emergency Operations Center.

Chairman Jeff Smith did raise a point of concern that Mower works in the sheriff’s office so he is not in the county courthouse every day. He said with Mower not being in the Commissioners’ office could be a potential drawback. Smith noted that Shoemaker would have more intimate knowledge of the inner workings and what’s going on in the county commission.

Commissioner Roy Lloyd said that while McDonald would be a great person to take on this PIO role, he worried that they would be overloading her since the Sweetwater Economic Development Coalition already only has two employees.

The Commission moved into executive session to discuss capacity with these three employees’ supervisors. When they came out of executive session, they did not reveal any further information regarding their discussion. Commissioner Schoenfeld said they will need to consider approval of a job description change at the Commission’s next meeting.

MD-2 is a Mineral Development Overlay District intended to accommodate underground mining in conjunction with the surface uses of the base zoning district, which will be agricultural in this case.