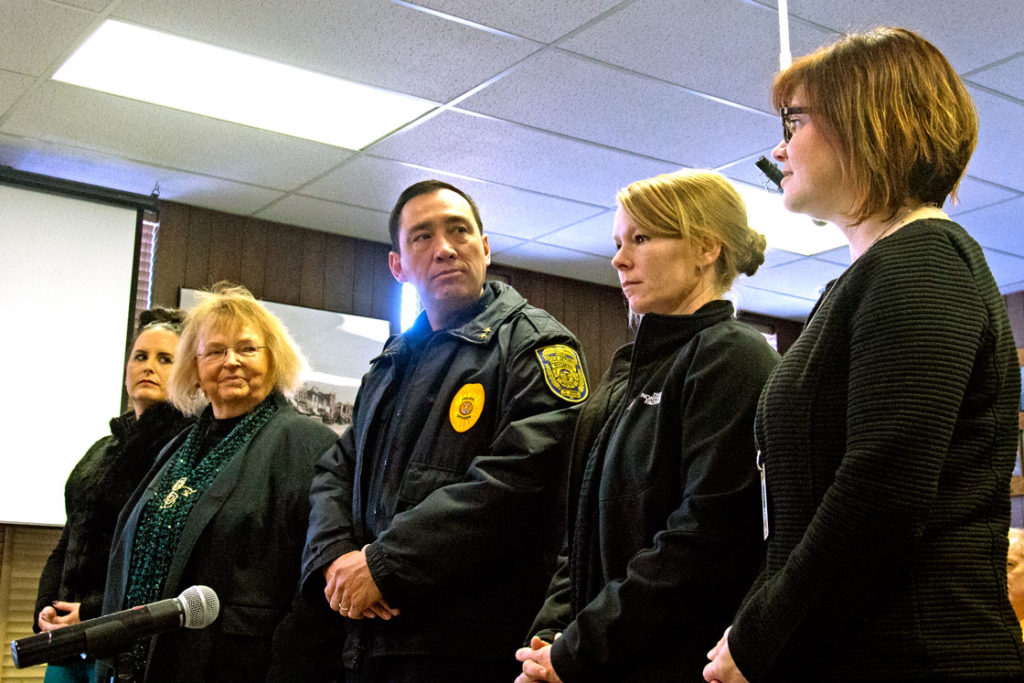 SWEETWATER COUNTY — Local officials reacted to the recent announcement made by Cheyenne that Gov. Matt Mead was planning on cutting drug court programs across the state.

On Tuesday, local drug court officials led by Sandy Henderson approached the Sweetwater County Commissioners asking for support for the local program. She did not ask for monetary support at this time, just support in general for the program.

The commissioners unanimously voted to support the program as they prepare to take on Cheyenne to get funding back.

There are currently 19 state-funded drug courts throughout the state of Wyoming. Sweetwater County Commissioner Wally Johnson said it is important for all the programs being impacted to go to Cheyenne together. He urged everyone who feels strongly about this issue to call their local legislators and let them know.

Recently, Mead announced he would be cutting the program by 56 percent. Henderson said she did not know how the cuts would happen. She explained they could happen over all the programs or possibly getting rid of some programs totally.

Commissioner Reid West asked Henderson for her best guess of what the total financial setback would be. She said $100,000 annually. She also explained they have already submitted their budget request that is a little less than what they asked for last year which was $204,000.

Other drug court officials who addressed the commission included Sweetwater County Deputy Attorney Teresa Thybo and Rock Springs Police Chief Dwane Pacheco. Both spoke about the positives they have personally seen come from the program.

Thybo said they are seeing families reunited and becoming productive members of the community. Pacheco said the program saves money. He said the program is seeing residents get their education, getting them to start paying taxes and child support and keeping them out of jail cells.

Chairman Johnson agreed that drug court saves local governments, as well as the state, money. He added this is the message they need to take to Cheyenne and make the state understand how much of a benefit this program is. It has been said that for every dollar invested in drug court, it saves $27.

Henderson said it is important to remember that one year of jail costs around $33,000. In his experience, Commissioner Randal Wendling said he believes the program sees more than $27 on every dollar invested in the program.

Commissioner John Kolb said it is just another example of how the “Cheyenne cheapskates” work.

“It’s just another example of the state of Wyoming trying to ship its financial burden down to cities and counties,” he exclaimed.

The most emotional testimony came earlier in the meeting as Nancy Bigley addressed the commission during public comments.

Again, Johnson said it is “ludicrous” what they are doing in Cheyenne.

Commissioner Don Van Matre spoke in favor of drug court and other diversion programs. He said everyone makes mistakes and instead of ruining people’s lives, these programs give them a second chance.

“We will do everything we can do to make sure this program doesn’t go away,” Van Matre said.