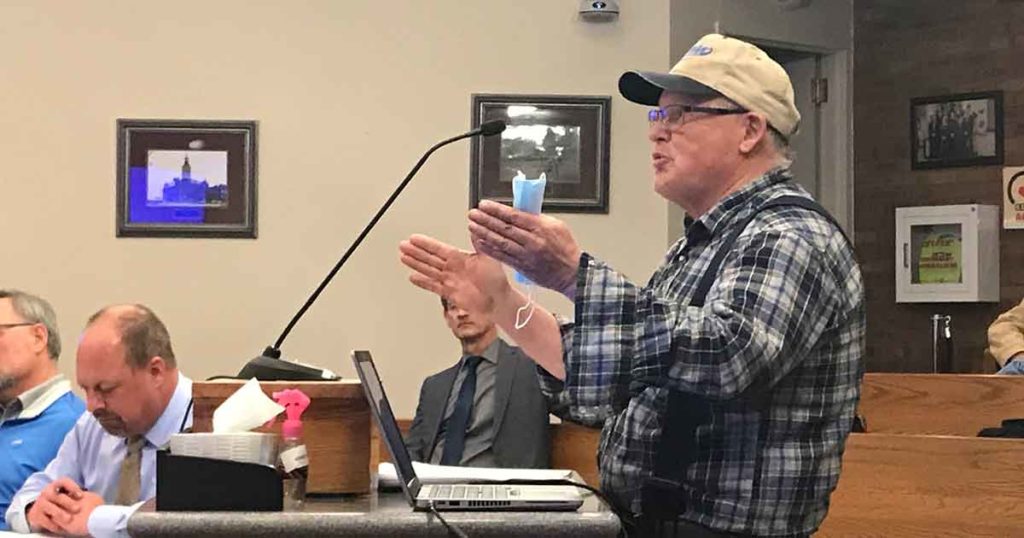 Editors Note: This story has been updated to include up-to-date bidding comparison information that was provided to SweetwaterNOW April 21.

ROCK SPRINGS — Despite questions from a contractor who said he had the lowest base bid, the Rock Springs City Council approved a contract with DeBernardi Construction Company Inc., for a little over $5 million for the first segment of the Bitter Creek Reclamation project. De Bernardi

During the petition portion of the meeting, Fred Coleman of Coleman Construction asked the Council to consider tabling the resolution so it could take another look at the bids submitted for the Bitter Creek Reclamation segment 1 phase portion. He questioned why the city even allowed contractors to bid for asphalt if it preferred concrete for the road.

“We were the low bid on the job for base bids,” Coleman said.

Coleman said since Coleman Construction submitted the lowest base bid of $4,955,741.47, he figured they would receive the bid for the first segment of the Bitter Creek project. However, he later found out DeBernardi Construction’s, $5,040,192.90 bid was being recommended for approval.

Both Coleman and his attorney, Clark Stith, asked the Council to consider tabling the issue and look at the bids and possibly consider taking out different segments of those bids to select the lowest one.

However, Mayor Tim Kaumo said this project has already been postponed enough and they can’t keep pushing it back.

“I don’t want to debate if concrete or asphalt is better,” Coleman said.

He said he didn’t understand why they would want to build an access road to the project until after the project. He said any large piece of construction equipment on it could wreck some of it whether it was asphalt or concrete.

Director of Engineering and Operations Paul Kauchich said concrete lasts longer and it would require less maintenance down the road. He said the reason the asphalt option was included was due to the city’s current budget and he wanted to make sure the city looked at all options. He thought it would cost more than the $85,000 they would save if they went with asphalt to pay for asphalt repairs.

Before taking action, the Council asked a few more questions and a motion was made by Councilor Brent Bettolo to remove the bike park portion of the project, however that motion failed when the vote was tied. The Council all agree that the project must move forward and it approved the bid from De Bernardi. All of the Council voted in favor of the bid, however Councilor Rob Zotti abstained.

To watch the meeting in its entirety, view the video below.