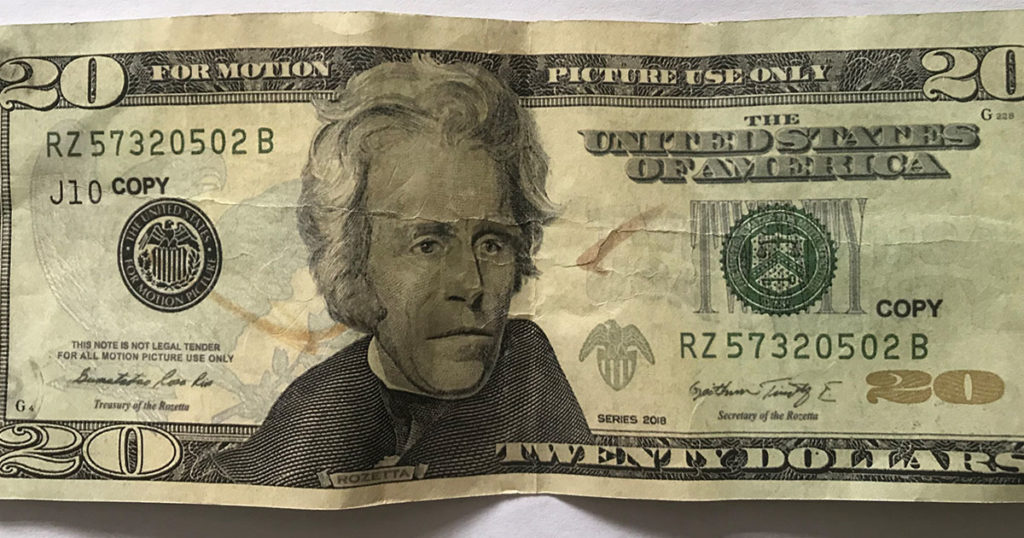 This $20 counterfeit bill was used at a Green River business recently. GRPD photo

GRPD first mentioned the counterfeit bill to the public on Thursday, August 6.

GRPD asks the public to pay attention to the money they use in transactions. Jamie Green, Green River Police Department Public Informant Officer, said they have not had another case of counterfeit monies reported.