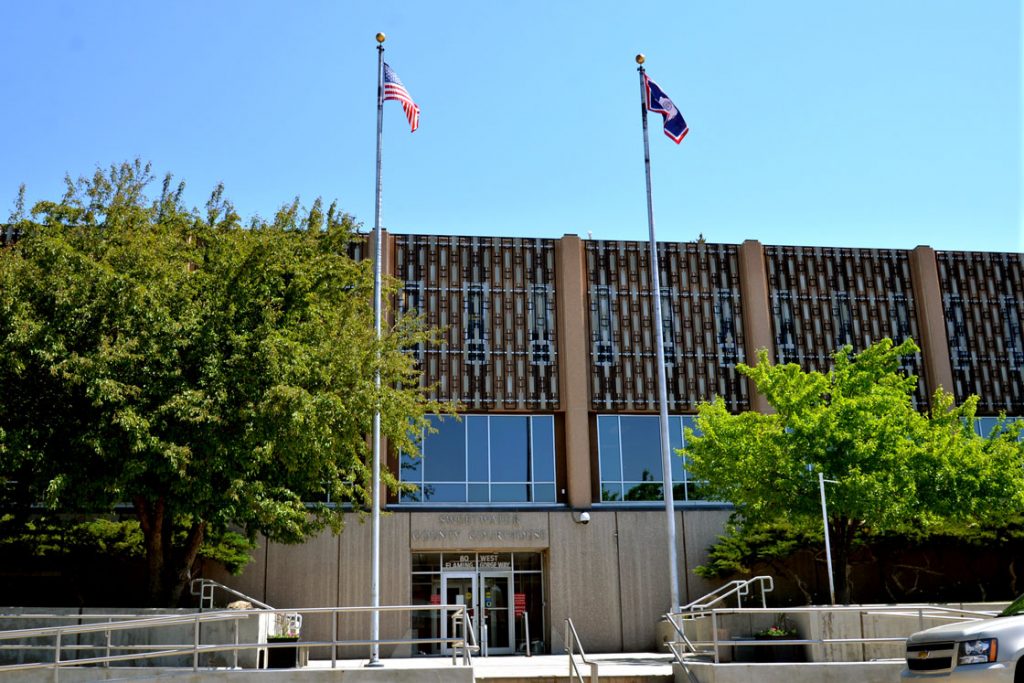 SWEETWATER COUNTY – A proposal to offer employees of the county an early retirement was tabled on Tuesday because of the way it was presented.

The Commission has a process for things to be placed on the agenda. Wendling noted this was the second meeting in a row that sensitive issues were added to the agenda at the last minute. He said it was his fault he did not say anything about it at the last meeting and he was not going to let it happen again.

At the last meeting, changes to the county’s insurance program were a last minute addition.

Wendling said this commission has worked hard to be transparent and by adding these items late is not giving the public or employees a chance to look at what is being proposed.

Acting Chairman John Kolb – Wally Johnson was excused from the meeting – pointed out they could still have a discussion without taking action. The commissioners agreed to leave it on the agenda but with the understanding no action would be taken on the proposed program.

There was one action that did take place. During the discussion on the program, Chief Deputy Assessor Dave Divis noted several departments had not even seen the proposed program and, while he said they understood it was a working document, asked if they could see a copy. Commissioner Reid West motioned to email the proposal to the county employees so they could see what is being proposed.

As for the discussion on the program, most commissioners did not have a problem with the actual document. Several commissioners reminded the public they were using cash carryover to balance this year’s budget. While they will be fine this year, the carryover will not be there next fiscal year and other options will have to be considered.

The single largest cost category within the county budget is personnel, including salary and benefit costs. The purpose of the voluntary separation program is to provide a one-time financial incentive for employees to resign their jobs voluntarily during the eligibility period of the program, thus allowing Sweetwater County to downsize the workforce, reduce costs and to create opportunities to reorganize operations.

If the needed staffing reduction can be achieved through this program, a reduction in force will not be necessary. Otherwise, following the voluntary separation program, certain positions within the county may be involuntarily eliminated.

All full-time and part-time employees of Sweetwater County government are eligible for this program provided that the appointing elected official or board is committed and agrees not to restaff the resultant vacant position. Employees of the various component units of the county (Museum, Events Complex, Southwest Counseling, Recreation Department and Library) are not eligible for the program but may be eligible for similar programs that may be offered by their respective and sovereign boards.

The Sweetwater County Library System recently said they were looking at a similar program during budget workshops, and the issue was also discussed at the last Sweetwater Events Complex meeting.

For eligible employees, the commissioners are offering a one-time benefit in an amount equal to 30 percent of the employee’s gross annual salary. This voluntary separation benefit amount may be taken as cash or as equivalent continued health insurance coverage in accordance with the following terms.

Cash: Eligible employees may elect, upon execution of the agreement and release, to take all or part of the benefit amount as cash, in accordance with the following.

1 Any amount paid out as cash will be subject to all applicable taxes and the employee will be responsible for paying income tax in accordance with federal law.

2 Employees will receive the payment amount in a lump sum, less applicable taxes upon fulfillment of the agreement and release and upon separation.

3 Wyoming retirement benefits will not be paid on any cash amount received pursuant to this program.

Health Insurance: Employees may elect to receive all or part of the benefit payment amount as health insurance, in accordance with the following:

3 The cost of health insurance will be the premium amounts approved by the Commissioners and in effect at that time, less any applicable deductions based upon any wellness incentive programs.

Irrevocability of Benefit Election: Employees electing to take the benefit as cash or as health insurance are not permitted to modify this election decision once they leave employment.

Time: Currently, to take part in this program, employees would have to sign the agreement and release by July 31, 2016. With the commission not taking action, they explained things like takes and percentages may change when they discuss the program at their next meeting on June 21.