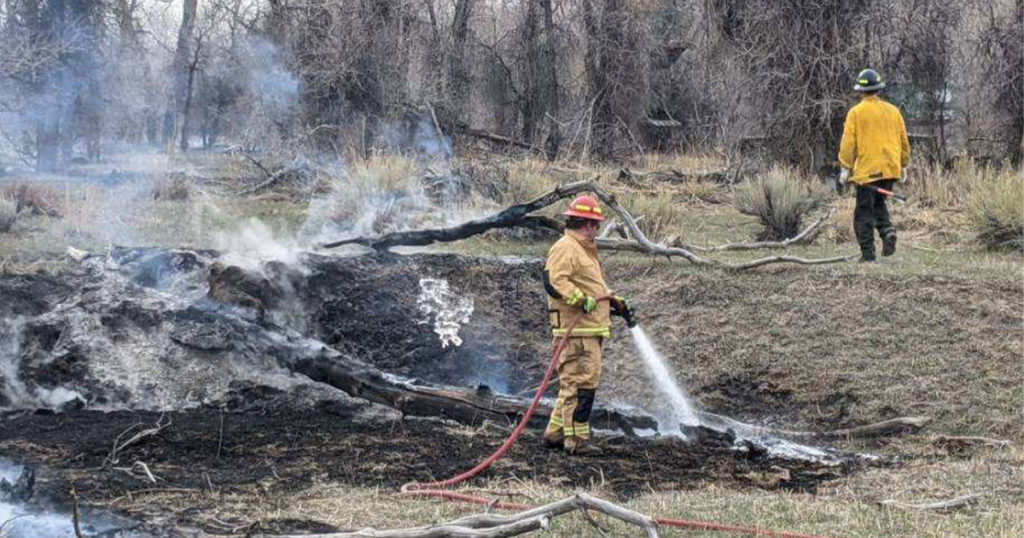 The total cost of the calls was $228,162, according to Zimmerman. Seasonal costs for Fire District No. 1 was $117,088, and the cost of their fire calls was $17,350. The total cost of calls for GRFD was $65,553, and the cost for Wamsutter was $28,170. Zimmerman said that the end of the fire season is around November so there will be a few more additional charges before the end of the year.

“We will see additional charges come in because of the accidents on I-80,” Zimmerman said.

“Out of the 94 total calls we’ve had in this represented time, 30 were fire and 64 were accidents. So it gives us a good idea of what the response is, what the calls have been, what the incidents have been,” Zimmerman said.

Commissioner Lauren Schoenfeld asked about how the relationship has been going between the different fire agencies since the Sweetwater County Fire Department was dismantled and the county entered into contracts with the agencies. She also asked about the response times, adding that she believes that is the community’s primary concern.

Each of the agencies said they believed the relationship has been going well and there have been no changes with response times.

“On our end it seems to be going well, so we’ll just continue how we’re going. The response times are the same, BLM has been on everything we’ve had outside, especially in the county areas. We haven’t missed a beat,” GRFD Co-Chief Bill Robinson said.

He added that there just haven’t been many fires this year.

Firefighters with the Wamsutter Fire Department said they believed some of their response times have actually improved this year.

“I think it was a hard decision for the commission to make, but the proof is in the pudding. It’s working,” Kitchner said. “I would say the service has improved if anything.”