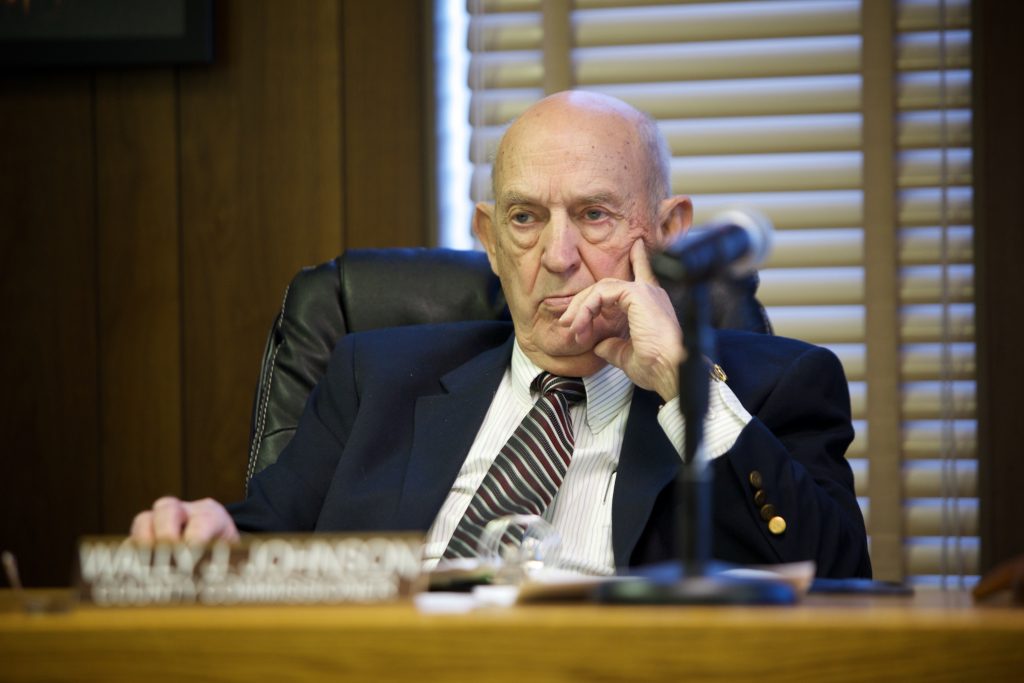 The County plans to sever all ties with Bank of the West by October 1, moving all accounts and funds to other banks.

Bank of the West’s Statement

This decision comes after Bank of the West released a statement saying, “We will no longer do business with companies whose main activity is exploring, producing, distributing, marketing or trading oil and gas from shale and/or tar sands.”

They added, “As a long-term partner of the energy industry, we are proud to work with companies in oil, coal and gas that are actively involved in the energy transition and committed to building a more sustainable energy future.”

Read more about Bank of the West’s statement here.

Working with Other Local Banks

Sweetwater County Treasurer Robb Slaughter has been in contact with several local banks that have offered services to the county in varying degrees in the past.

Slaughter has had two formal meetings with banks since the last commissioner meeting on August 7.

After having researched the situation, Slaughter said he determined that Bank of the West’s policy statement is “inconsistent with the values we hold here in Sweetwater County.”

Though he believes it is important to look out for environmental concerns, this policy is too restrictive.

He recommended that the County severs all ties with Bank of the West.

Slaughter has started moving the County’s funds to other banks and will continue to do so as he continues to talk with other banks. His goal is to get all the County’s accounts out of Bank of the West by October 1.

“We Need to Make a Statement”

Sweetwater County Attorney James Schermetzler recommended the commissioners not to take action at today’s meeting, instead waiting until the funds are moved to other banks and all the details are worked out.

Then he recommended they remove Bank of the West from the list of approved depositories for Sweetwater County public funds.

Commissioner Wally Johnson was quick to express his disagreement with that recommendation, saying, “We need to make a statement.”

Johnson suggested the commissioners make a motion to remove Bank of the West from the approved depositories as of October 1.

Johnson said he “strongly disagrees” with Bank of the West’s stance, as Sweetwater County is dependent on oil and gas to drive the economy.

“Now they’re slapping us in the face and saying that’s unacceptable. They’re unacceptable, and I think we need to take action on it today,” Johnson said.

The commissioners echoed Johnson, agreeing that they needed to make a statement and set a deadline to have the funds moved by.

Commissioner John Kolb moved to remove Bank of the West from the List of Approved Depositories for Sweetwater County Public Funds for 2018 and years to come, as of October 1.

The commissioners unanimously voted to approve the motion.