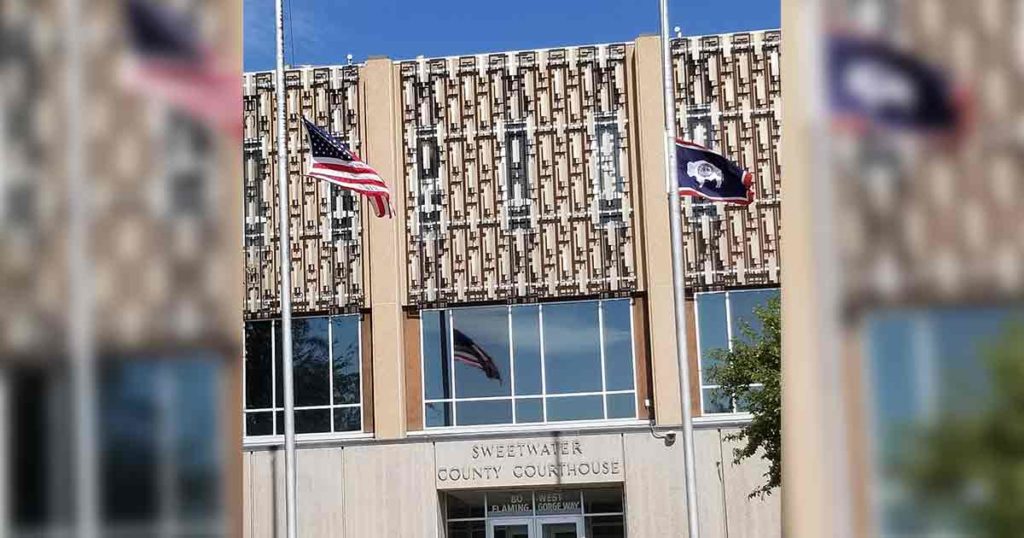 SWEETWATER COUNTY– The Sweetwater Economic Development Coalition has been making efforts to move out of the Rock Springs Chamber of Commerce and now those efforts have seen results.

The Sweetwater County Commissioners voted 3-1 to approve the signing of an MOU that will restructure SEDC as a county employed coalition. Chairman Randy Wendling and Commissioners Lauren Schoenfeld and Roy Lloyd all voted in favor of the MOU, while Commissioner Wally Johnson voted against. Commissioner Jeff Smith was absent from Tuesday’s meeting.

The cities of Rock Springs and Green River still need to sign the MOU, however, Sweetwater County Land Use Director, Eric Bingham, and Human Resource Director, Gary McLean, said the cities are both on board with the restructuring.

As per the MOU, the County will employ SEDC staff. As of now, the only SEDC staff is Kayla McDonald, whose job title will be Economic Development Specialist. SEDC will report under the Sweetwater County Land Use Department and McDonald will report directly to Bingham.

Bingham has been serving as a county representative on the SEDC Advisory Board, and he has been working closely with SEDC on the Middle Baxter Road industrial project, so SEDC fits nicely into the Land Use Department.

The cost to employ McDonald for both salary and benefits will be about $66,500. As a new employee of the county, Commissioner Johnson noted that there will be a probationary period just as all employees of the county have.

Schoenfeld and McLean said the benefits of having SEDC become a county department include not having to rent an office space, using the county accounting and payroll, and county insurance benefits.

Another benefit is that it will help provide a unified county-wide economic development effort where SEDC can be held more accountable for the work they are doing.

Commissioner Johnson dubbed himself as a “doubting Thomas” when it comes to SEDC. His main concern was that the county will not see results from SEDC, similar to past economic development efforts such as SWEDA. Therefore, he sees accountability as very important.

“It’s hard to show the benefit of what you’re doing,” Johnson said. “I haven’t seen it.”

Johnson wants reports of what has been done by SEDC from Bingham. Bingham agreed that the department needs to be able to show what they are doing.

“We have to hold Kayla accountable in this,” Johnson said.

Commissioner Schoenfeld said the Advisory Board needs to make strategic goals for both long term and short term plans. This will help SEDC show how they are making strides in economic development.

Commissioner Lloyd spoke in favor of the restructuring of SEDC, as economic development is highly important to the county at this time.

“With the economic downturn, there is a lot of pressure for this to succeed,” Lloyd said.

He said it is a “huge undertaking”, and he supports the county taking SEDC into the Land Use Department. However, he agreed with Commissioner Johnson that they need to hold the staff accountable and they need to see results.

McLean said economic development failed in the past because they didn’t have resources. By absorbing it into the county, he believes it is providing SEDC with resources that no other effort has been afforded.

Chairman Wendling said the difference between SWEDA and SEDC is that SEDC has a plan and it has accountability. Having a supervisor such as Bingham means people have a responsibility to this effort. Wendling believes the supervision will bring results.