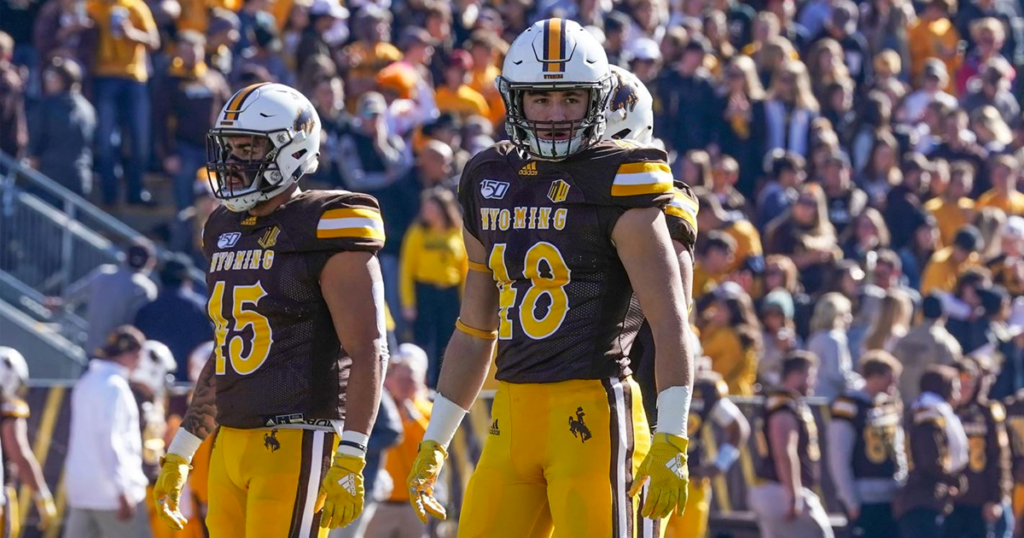 LARAMIE – The Wyoming Cowboys will open up their 2020 home football schedule on Friday, hosting the Hawai’i Rainbow Warriors in the 25th meeting between the two teams. Friday’s game will also be the 24th time the two long-time rivals will play for the Paniolo Trophy. The game is scheduled to kick off at 7:45 pm, Mountain Time from Wyoming’s War Memorial Stadium.

Wyoming enters the game following a 37-34 overtime loss at Nevada last Saturday. Hawai’i won its season opener, 34-19, at Fresno State. This Friday’s game will be broadcast live on radio over the Cowboy Sports Network affiliates beginning with the pregame show 90 minutes prior to kickoff. Friday’s game will also be televised live on FS1.

The Wyoming Cowboys have been very successful at home over the last four seasons (since 2016) most recently defeating the Colorado State Rams for their 20th home win in their last 26 home games. The Pokes have also won their last eight consecutive home games, dating back to the final two home games of the 2018 season thru a perfect 6-0 home record in 2019. Wyoming’s 20 home wins during this stretch began with the first game of the 2016 season when they won a triple overtime thriller over Northern Illinois by a score of 40-34. The Cowboys went on to post a perfect 6-0 regular season in 2016 before hosting the Mountain West Conference Championship Game, which they lost 24-27 to San Diego State to finish 6-1 at home.

Wyoming and Hawai’i first played each other in football back on Nov. 18, 1978. The Paniolo Trophy has been a part of the series since the second year of the series in 1979. A group of Hawaiian residents, with roots in Wyoming, donated a statuette of a Cowboy preparing to toss a lariat. The traveling trophy was named the Paniolo Trophy as Paniolo is the Hawaiian word for Cowboy. At the time the traveling trophy was introduced to the rivalry both schools were members of the Western Athletic Conference, as Hawai’i joined the WAC in 1979. Wyoming leads the Paniolo Trophy portion of the series with 14 wins to Hawai’i’s nine victories. The overall series is led by Wyoming 14-10.

For the next 19 years, from 1979 to 1997, the two teams competed for the Paniolo Trophy. When Wyoming joined the Mountain West Conference, the series was interrupted for 15 years. Hawai’i was invited to join the Mountain West Conference, beginning in 2012. At that time the two schools began discussion of a renewal of the Paniolo Trophy competition. But over that 15-year timespan the trophy was lost, which became a story in itself. Each school searched for it, but it was not to be found. A new group of Hawai’i fans stepped forward to continue the tradition. The Paniolo Preservation Society, a group dedicated to preserving Hawai’i’s rich Cowboy heritage, proposed a new trophy. Led by the Society’s President, Mrs. Patricia C. Bergin, a bronze maquette, featuring Hawaiian native Ikua Purdy roping a wild stag bull, was donated to the two schools in 2013 to mark renewal of the series. Purdy became the first Hawaiian inducted into the National Rodeo Cowboy Hall of Fame in 1999. The bronze is a reproduction of a larger work by noted western sculptor Fred Fellows. The reproduction measures approximately 20 inches long and 12 inches high.

In last week’s season opener for the Pokes, one area of the offense that was evident was the ability to create explosive plays of 10 yards or more. The Cowboys had six running plays of 10 yards or more for a total of 78 yards and nine pass plays of 10 yards or more for a total of 201 yards. Combined the UW offense had 15 explosive plays for 279 yards. Leading the way in those explosive plays was redshirt freshman quarterback Levi Williams, who had runs of 21 yards (for a TD) and 10 yards, and nine pass completions for 10 or more yards. Junior running back Xazavian Valladay had four running plays of 10 yards or more (10, 11, 12 and 14 yards) and two pass receptions of 15 and 11 yards. Redshirt freshman wide receiver Isaiah Neyor had three big receptions of 45, 34 and 23 yards. Neyor ended the day with his first 100-yard receiving game (three catches for 102 yards. It was the first 100-yard receiving game by a Cowboy since No. 17, 2018, when then senior tight end Tyree Mayfield caught four passes for 112 yards in a win over Air Force.

Wyoming had a great performance from another freshman last Saturday. Wyoming true freshman place-kicker John Hoyland was honored as the Mountain West Conference’s Special Teams Player of the Week for his performance in the first college game of his career. Hoyland was a perfect 4 for 4 in field goals and 2 for 2 in PATs on Saturday at Nevada. Hoyland connected from 27 and 36 yards in the first half to keep the game a one score game (14-6) at halftime. His third field goal came with only 23 seconds remaining in the game. He came in the game in the pressure-packed situation and converted from 42 yards out to tie the game at 31-31. The fourth field goal attempt for the freshman came in the first overtime from 38 yards to give Wyoming its first lead of the game at 34-31.

The Wyoming defense, with a lot of new players in the lineup, showed an ability to force turnovers and force three-and-outs in the season opner at Nevada. In the first half, Wyoming forced two fumbles. The first fumble was forced by junior linebacker Chad Muma and recovered by his sophomore running mate at linebacker Charles Hicks. The second fumble was forced by true freshman defensive end Cameron Smith and recovered by redshirt freshman defensive tackle Jordan Bertagnole. Late in the game when UW was making its comeback to force overtime, the Cowboy defense forced Nevada into three-and-out series on four of the Wolf Pack’s final five possessions of regulation, including three in a row.

Cowboy junior middle linebacker and team captain Muma enjoyed a career day in the 2020 season opener at Nevada. Muma had a career high 14 total tackles and a career best 10 solo tackles against the Wolf Pack. He also added a forced fumble and 1.0 tackle for loss. It was Muma’s second career double-figure tackle game. He previously had 10 tackles in a 2019 season-opening win over Missouri.

The Poke defensive line showed just how disruptive they can be this season in UW’s first game at Nevada. Wyoming’s defensive line group accounted for 19 tackles, 7.0 tackles for loss, 3.0 sacks, forced one fumble and recovered one fumble vs. the Wolf Pack.

The Rainbow Warriors picked up a 34-19 road win at Fresno State in the season opener. It was the debut of new head coach Todd Graham. Hawai’i held the Bulldogs to only two field goals in the second half on their way to the win. Hawai’i recorded 552 yards of total offense including rushing for 323 yards and passing for 229 yards. Defensively, Hawai’i allowed 409 yards of offense with most of the damage by Fresno State coming through the air at 289 yards. The Rainbow Warriors were an impressive 11-of 17 on third down for 65 percent.

The Hawai’i offense is led by quarterback Chevan Corderio, as he led the team in rushing with 116 yards and two touchdowns with a long of 54 yards. He also was 20-of-31 passing for 229 yards in the game. Running back Miles Reed also rushed for 100 yards in the game going for 109 yards. Wide receiver Rico Bussey led the team with eight catches. Fellow wide receiver Jared Smart added seven catches for a team-high 89 yards.

The Rainbow Warrior defense was led by linebacker Darius Muasau, as he recorded a team-high 11 tackles for the game with one sack. Defensive back Eugene Ford added four tackles and also recorded two interceptions in the contest. Defensive back Quentin Frazier added five tackless and three tackles for loss along with a sack. Kicker Matthew Shipley was 2 of 4 in the opener with a long of 34 yards.

Graham was formally introduced as the University of Hawai’i’s 24th head football coach in January of 2020. Graham is entering his 13th season as a head coach with experience at the FBS level, most recently with Arizona State.

Following Friday’s game versus Hawai’i, the Cowboys will be on another short week as they will travel to Colorado State next for a game versus the archrival Rams on Thursday, Nov. 5. 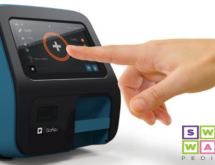