Craig has lived his entire life in southwest Wyoming in the communities of Evanston, Pinedale, Green River and most recently, Rock Springs. Craig and his wife, Janis, have brought up their three children in these great communities. Craig and Janis have three children, and six grandchildren spread from Evanston to Cheyenne along I-80.

After working for 38 years in the utility business for Rocky Mountain Power, Craig recently retired this past November.

Even with retirement, Craig is staying active in his local community by serving on the Rock Springs Planning and Zoning Commission, Sweetwater Joint Travel and Tourism Board, Rock Springs Chamber of Commerce Enterprise Committee and Western Wyoming Community College Foundation Board. Community involvement has always been a big part of Craig’s life.

Some of Craig’s fondest memories were serving on Evanston and Rock Springs City Councils.

Craig served on the Evanston Council for 12 years and the Rock Springs Council for four years.

Also during this time, Craig had the opportunity to serve on several Wyoming Association of Municipalities (WAM) committees and the Board of Directors.

Craig especially enjoyed the Community and Economic Development Committee, which he chaired for several years. The WAM Board and committees were some of the highlights of his volunteer life.

Craig has always felt the mayor-council form of government is the most important and rewarding of all levels of government because you are the closest to the people.

Craig also had the opportunity during his time in municipal government to serve on the National League of Cities Human Resources Committee, Energy Environment and Natural Resources Steering Committee and the NLC Small Cities Council.

He has also served on numerous other committees and boards such as recreation, airport, economic development, and urban renewal, just to name a few.

Craig’s interest in volunteer work was first sparked by serving on the Evanston Planning and Zoning Board. That led to the Evanston City Council, and it just blossomed from there.

Craig has always believed that giving back to your community is important, and the people in Wyoming do that in a big way.

They are some of the best and most dedicated people you will find anywhere.

Craig has lived and worked in several communities and believes he could live anywhere in Wyoming because of the great people and their welcoming attitude. 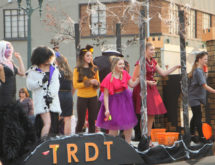 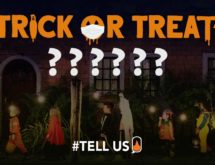 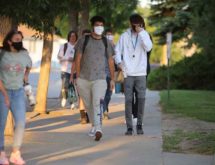 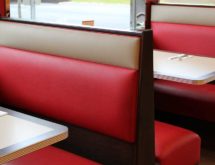