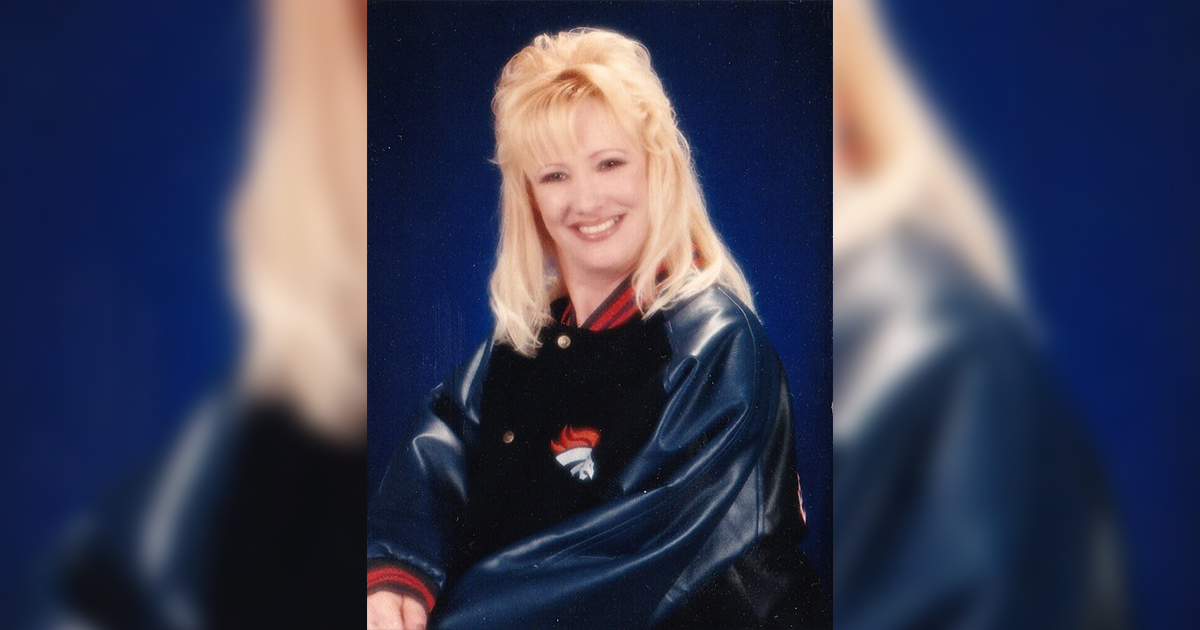 Deliena Rene Eastin Fincher passed away in her home on Friday, January 10, 2020, in Scottsbluff, Neb.

She was born May 1, 1964, to Del and Donna Eastin in Rawlins, WY. Her family relocated to Green River, WY, in 1965, where Deliena attended schools. She married Bob Morley and they had one daughter Misty. They later divorced.

On June 11, 1988, Deliena married Walt Fincher, and would often say that Walt was the “love of her life.” Together they resided in Riverton, WY, where she and Walt owned and operated their own company “Walt’s Plumbing.” Several years later, Deliena and Walt moved to Scottsbluff, Neb., where they remained.

No stranger to hard work, Deliena did not take long to learn the ropes of life in the country. During this time she also worked part time, often in the areas of customer service. Deliena was socially outgoing, and a friend to anyone she met. Her passion was caring for her family, or anyone that called upon her for help. When Deliena was in the room her presence was felt by most, and adored by many.

During her free time, Deliena enjoyed camping at the lake taking trips on the motorcycle, and spending time with her family. Deliena was blessed with her grandchildren and it was with this that she felt complete.

She is survived by her parents; Del and Donna Eastin, of Green River, WY, children; Misty Morley and partner Larry Shaw of Rock Springs, WY, sisters; Debbie and husband Ritch Krmpotich, Vickie Eastin, Cheryl and husband Lawrence Ortega all of Green River, WY, one brother; John and wife Carole Eastin of Canada, grandchildren; Trinity Tunin, Wyatt and Charlie Butler, Sawyer Fincher and many nieces and nephews she treated as her own.

Cremation has taken place and services will be planned for a later date.