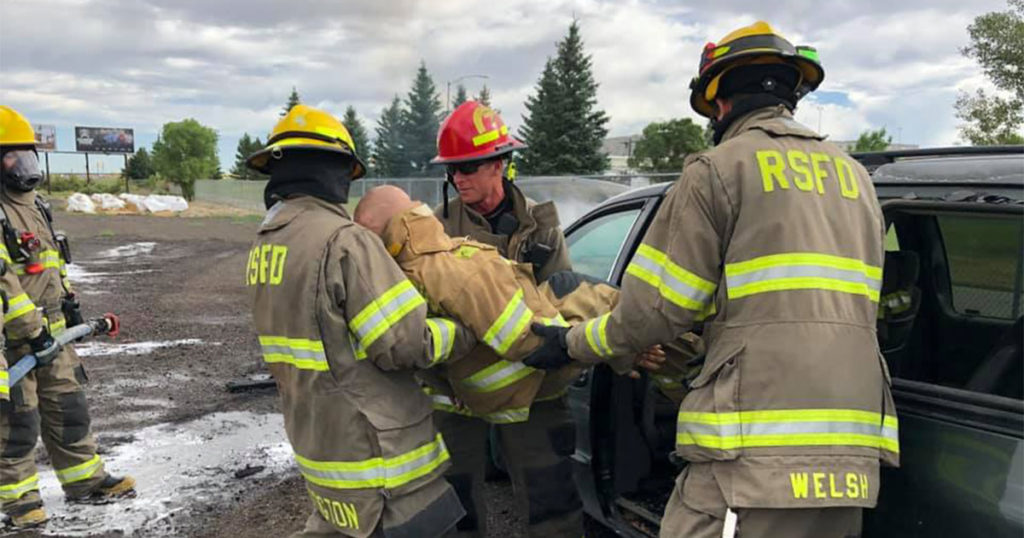 SWEETWATER COUNTY — Doing less with less has been a way of life for different government units and dependent departments for the past few years. As these organizations and agencies manage how to best use the funds they have, it has made them take a hard look at their needs vs. their wants.

Each county and city organization is taking a different approach in dealing with the financial impacts they’ve endured.

“We had to take a hard look at capital projects and staffing,” Pendleton said. “There were no part-time hires in 2020.”

Attrition played its usual role, as some positions were not replaced when staff people retired or quit, including two maintenance positions and the finance director’s position. Remaining staffers ended up doing tasks that were not part of their previous job responsibilities. Office Manager Erica Koshar did lawn mowing on occasion. When former executive director Larry Lloyd retired, Pendleton’s old position of assistant executive director was not filled once Pendleton moved up the ladder.

Normally, Pendleton said, the SEC has around $250,000-$500,000 in capital projects annually, much of it for routine upkeep such as roof repair and other maintenance issues. Some of the roof repairs have had to be put off for another day.

Still, the SEC is in a better position than departments and component units which are totally dependent on government funding.

“We get about 50 percent of our budget from the county and 50 percent from other sources,” Pendleton said.

Other sources include the campground, recreational vehicle gatherings, event rentals for the Exhibit Hall or Indoor Arena, horse stalls and fair revenue. In addition, the National High School Finals Rodeo will be returning to the Sweetwater Events Complex in 2024 and 2025.

With the improvement in county finances, Pendleton said that the SEC budget is becoming more stable. If the budget is stable, even if it’s flat, Pendleton said this allows much better planning for the future. Money-making events such as the recent RV gatherings are not activities that can be put together on the spur of the moment based on money suddenly becoming available.

“We typically book these larger events at least a couple of years in advance,” Pendleton explained. “It’s a very tight schedule here in the summer and finding a block of 1-2 weeks with short notice is next to impossible.”

The budget for the Sweetwater County Library system has actually increased slightly for the next fiscal year, according to Sweetwater Library System Director Lindsey Travis. However, the library system has still been impacted by budget reductions, and COVID, during the past couple of years.

“We are still discussing any changes in hours,” Travis explained recently. “It will be a few months before we have a decision on that. The libraries were open until 8 p.m. Monday through Thursday prior to the pandemic start and reduced to 6 p.m when we reopened after our two month closure. Each building currently has one day that they are open until 7 p.m and are open until 6 the other weekdays and until 5 on Fridays and Saturdays.

“We have cut back on staff hours over the past several years,” Travis continued. “Every time a position is vacated, we carefully assess options for restaffing. As with other organizations, personnel is the library’s biggest expense. So when faced with budget cuts, staffing is affected. Cuts to staffing also affect the number of hours the library can be open.

“Our budget for new materials is a bit smaller than it used to be. We have worked to make the cuts strategic. For example, we purchase fewer DVDs because more and more producers are not releasing their movies and TV shows on DVD. We also cut back a bit on our Hoopla digital ebook service because of cost and have focused more on our Libby ebook service. Libby is a consortium service throughout the state of Wyoming, so library systems across the state help purchase items for it, providing an expansive collection.”

For the Rock Springs Fire Department money for buying new fire trucks has been in short supply of late. A new fire truck typically costs between $650,000-$700,000, while a good used apparatus will set a city back around $200,000.

“An apparatus typically is in front line service for 15 years, followed by 10 years of service as a backup,” Rock Springs Fire Chief Jim Wamsley said. The fire trucks which the department currently has were brought into service in 1997, 2000, 2008, 2013 and 2017. The 1997 apparatus is in “reserve” status only, Wamsley said, when the 2000 apparatus is awaiting repair parts. A fire truck typically weighs about 86,000 pounds.

Fire trucks and their necessary repairs are not the only expenses that the fire department has. New hazardous material suits, 75 of them, radios, and thermal barriers added up to well over a cool million in cost, with regional and federal grants helping to pay for them. In addition, the city fire department helps out, when called upon, to extinguish conflagrations in neighboring jurisdictions and states such as Idaho, Oregon, California, and Colorado, and is reimbursed and compensated for their assistance. In 2020, the department cleared $88,882.64 after expenses for helping extinguish fires outside of its jurisdiction. In 2021, that figure was $47,408.

Nothing vital has been put aside by the RSPD. The department is “fully staffed,” Wamsley said. Firefighters work two days on, and four days off. Instead of reducing staff or taking short cuts on needed fire truck maintenance, the fire department has reduced costs by putting off some “wish list” facility repairs at its College Drive headquarters. “(The budget crunch) does keep us from doing some things,” Wamsley explained. “It delays some standard maintenance such as new flooring. We find projects that fit into a flat budget. We incrementally do things.”

Editor’s note: The is the second article in a three-part series on the economic impacts Sweetwater County continues to face. Click here to read the Part 1.