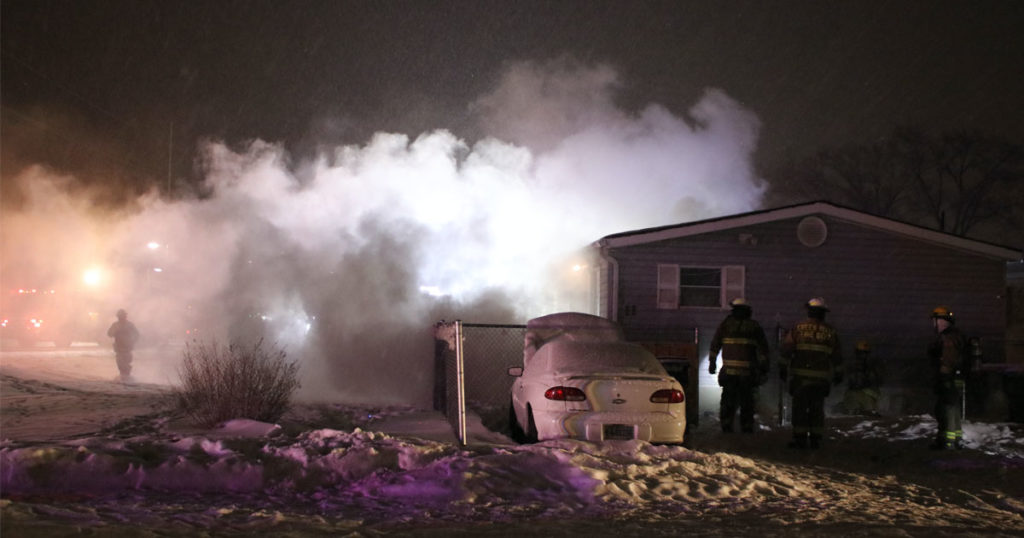 Upon arrival, GRFD co-chief Bill Robinson along with Captain JP Apostolope and Captain Clint Kendall met with GRPD and were able to determine that the double wide home was on fire underneath the structure.

Most items and valuables in the home were saved, but the home suffered significant smoke damage. Crews battled the difficult fire for approximately four hours before completing their efforts. GRFD responded with three engines and 22 firefighters. GRPD was able to ensure everyone was outside and were able to get the street shut down for the fire department to accurately and safely battle the fire. No one was injured during the fire and the cause of the blaze is still under investigation by the GRFD.

“Even though this is still being investigated, please practice caution when using any source of heat to thaw out lines during these freezing temperatures,” Co-chief Robinson said.