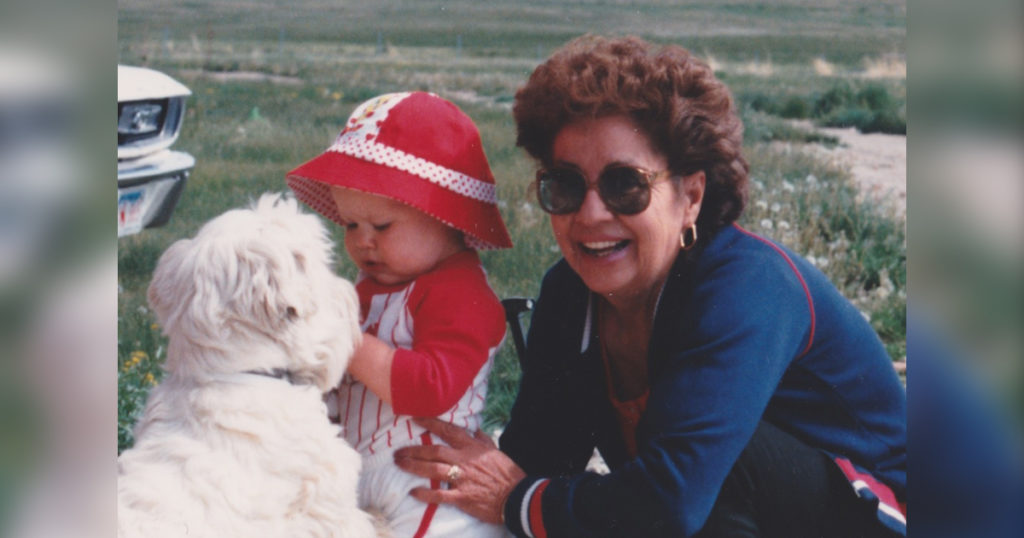 Ella Yeager, Bassani, Rodriguez, daughter of Juana “Jennie” and Antonio Rodriguez, wife to Merico “Buzz” Bassani and later Silas “Tiny” Yeager, passed away at the age of 91 on Saturday, March 27th at the Good Samaritan Rehabilitation facility in Yakima, WA.

Ella Yeager was preceded in death by her first husband Merico Bassani and her four brothers, Gus, Jay, Homer and Richard Rodriguez.

Ella grew up in Rock Springs, WY in a large family of seven siblings. As a newly married couple, Ella and Merico enjoyed time spent dancing with friends and entertaining at their home.

After the loss of her first husband, Ella became a dedicated employee at the Outlaw Inn and was praised for her hard work even when she wasn’t the most accommodating with guests. Ella managed to win over all who knew her with a spunky attitude, infectious laugh, and great sense of humor.

After her marriage to Silas Yeager, Ella moved to Daniel, WY to be closer to family and enjoyed many years living on “The Home Ranch” as the sign at the end of their driveway proudly proclaimed, an ode to Ella’s nickname for her childhood home.

After her time in Wyoming, Ella and Silas moved to Mesquite, NV where she enjoyed her favorite hobby of playing slots at the local casinos. She never bragged about her great luck but her “secret” stash of winnings was proof of her success.

After many years spent living in the bright sun of Nevada, Ella and Silas moved two additional times to be closer to family, once to the windy plains of Cheyenne, WY and finally to the birthplace of her husband, Silas, in Yakima, WA.

Ella was a beautiful person who inspired confidence in others through the genuine compliments she gave to those around her. A self-proclaimed “tough old bird”, she was stubborn to the very end.

Online condolences may be expressed at buzzb3@hotmail.com The family may be reached at 1715B McKinney Ave., Nashville, TN