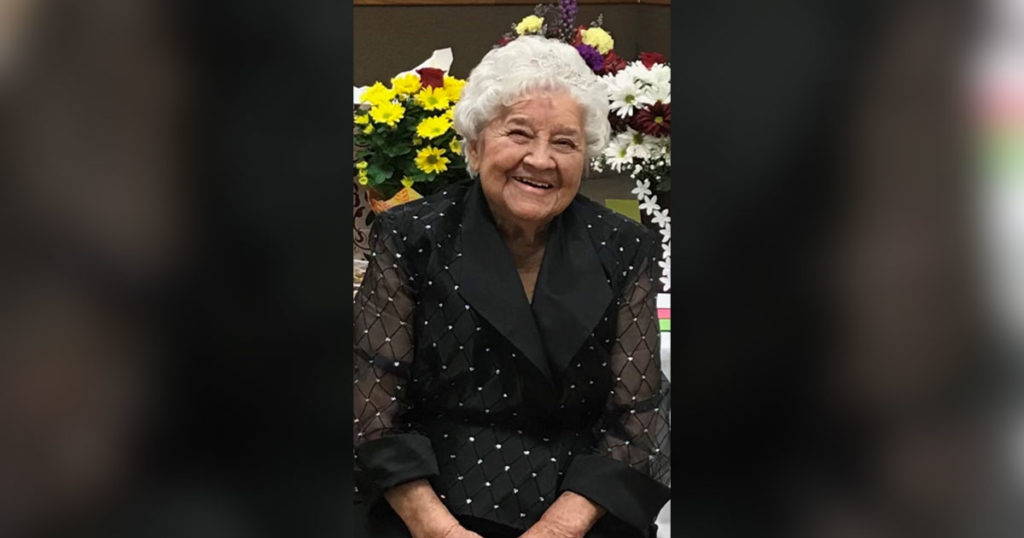 Elma Maestas, 97, passed away Thursday, September 8, 2022 at Mission at Castle Rock Rehabilitation Center in Green River, Wyoming.  She was a resident of Green River for 71 years and former resident of New Mexico.

She was born October 10, 1924 in Llano, New Mexico; the daughter of Matias Dominguez and Maria D. Tafoya.

Mrs. Maestas was a member of Immaculate Conception Catholic Church.

She was a member of Christian Mothers and F.O.E. Women’s Auxiliary.