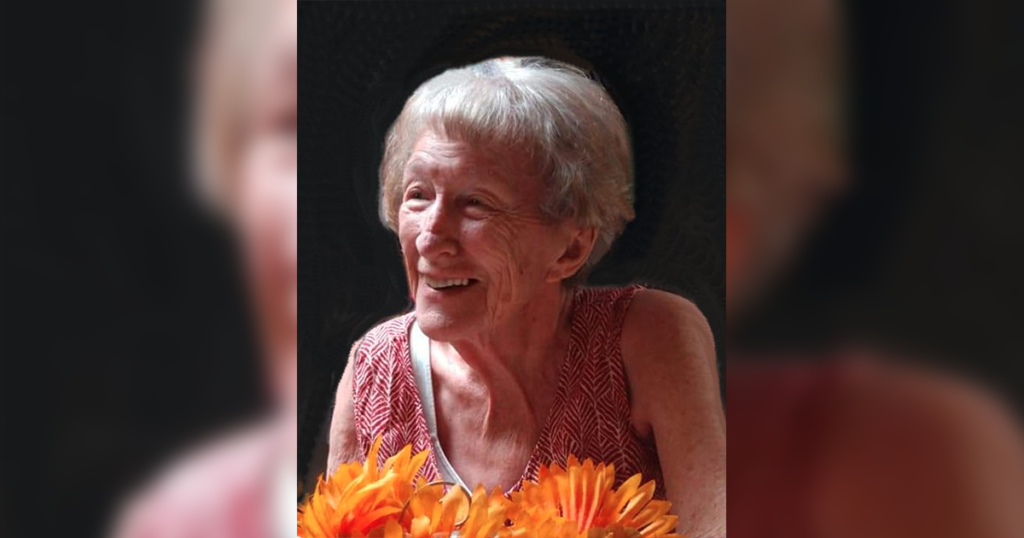 She was born April 1, 1929 in Baker, Montana, the daughter of Wallace and Augusta (Ohlrich) Pratt. She was the last of ten children, the baby of the family. She grew up on the Pratt Family Homestead in Cabin Creek, just outside of Baker, Montana. She attended country school in the Cabing Creek area, riding her horse from the ranch to school. She later attended High School in Baker.

Jean married Marvin Hanson Nov. 23, 1946 in Miles City, Montana. They had three children, Joan, Julie and David. Jean worked in Retail for years at J. C. Penny and at K-Mart. She retired at the age of 75. She lived in Rock Springs and moved to Gillette in 1978, Jean moved to Rock Springs to be near her family in April of 2016. Jean enjoyed traveling, she has been to every coast and to Canada and Mexico. She loved to read and do cross word puzzles. She was an independent lady, living in her own apartment until her death.

Several nieces and nephews she was very close to and loved very much. She was preceded in death by her Parents, Wallace and Augusta Pratt, her husband Marvin Hanson, her daughter Joan Hanson McGill, son in law John H. Filipovich, siblings, Wayne, Orie, Vera, Harry, Billy, Nellie, Mollie, and Ken.

As per Mom’s request there will be no funeral. Cremation has taken place. She will be interred at the Black Hills National Cemetery in Sturgis, South Dakota with her husband Marvin Hanson at a later date.