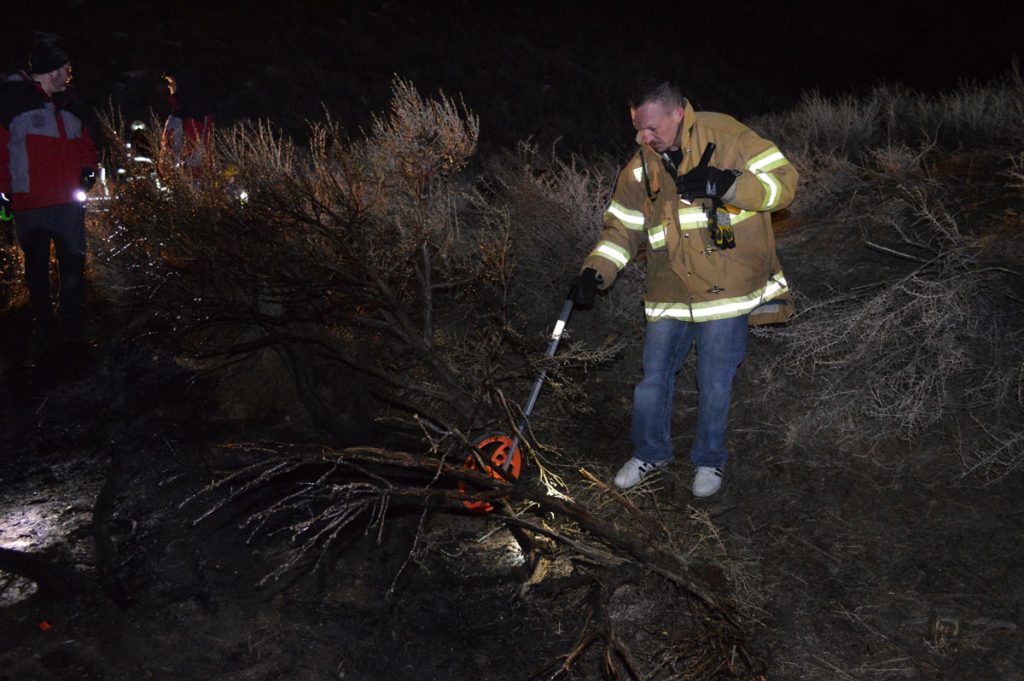 ROCK SPRINGS — The death of a Rock Springs man in a car fire at the base of White Mountain Thursday is under investigation.

County deputies and firefighters from Sweetwater County Fire District #1 and the Rock Springs Fire Department were dispatched late Thursday afternoon to a blaze west of Rock Springs at the base of White Mountain not far from the City Water Reservoir Tank. There it was discovered that a car was afire: a badly-stuck silver 2006 Dodge. The Dodge had been extensively damaged; firefighters extinguished the fire before it consumed the vehicle further.

Behind the wheel they found the body of Tinnie, the car’s sole occupant.

Detectives and deputies located and interviewed people Tinnie was with earlier in the day, and determined that the group had been in the area to view the nearby waterfall. Tinnie, they said, had become stuck at least once during the outing, and several members of the party walked out to get help. Tinnie, they went on to say, had not returned home.

Investigators noted that Tinnie’s vehicle was high-centered in an area of tall, thick sagebrush pressed in tightly against the driver’s door and believe that heat from the exhaust system and/or catalytic converter may have started the blaze.

An autopsy has been scheduled for February 20 in Loveland, Colorado, as the investigation continues. 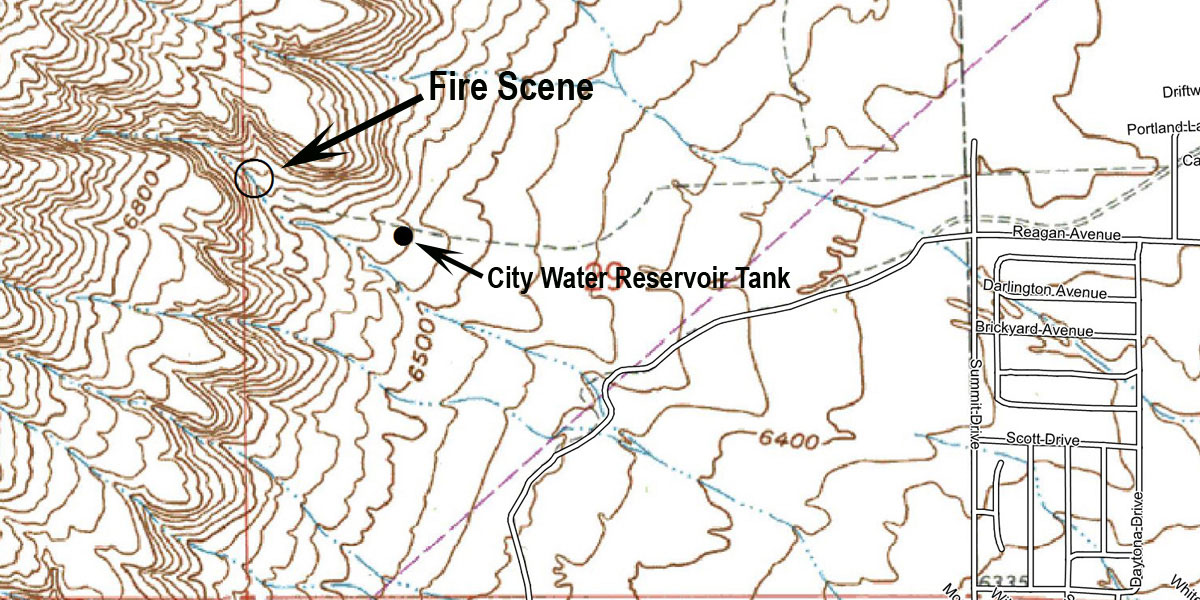