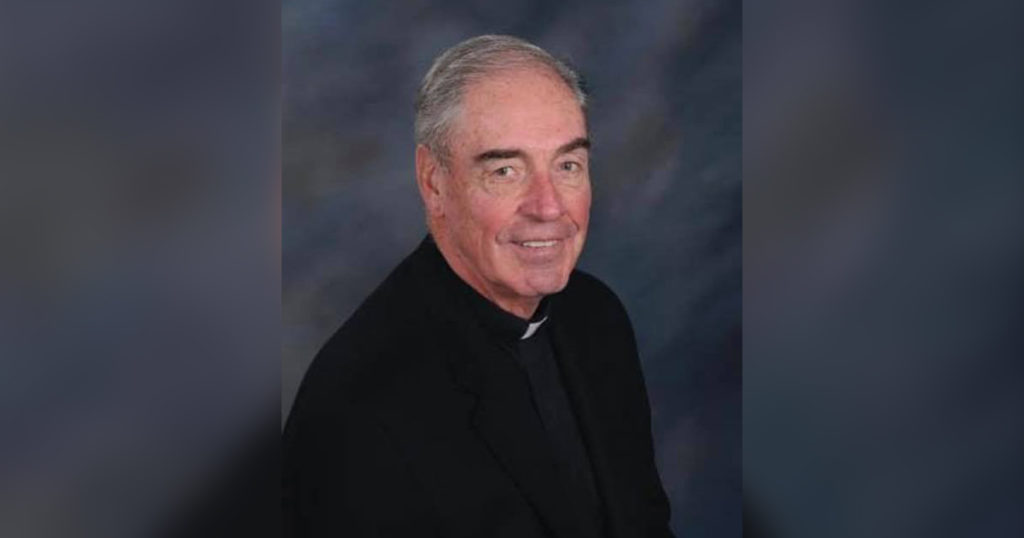 Born on September 16, 1942, in Sheridan, Wyo., Father Beavers studied at St. Thomas Seminary in Denver, Colo., and his priestly ordination was celebrated by Bishop Hubert Newell on May 24, 1968.

In the 44 years during which he was a priest for the Diocese of Cheyenne, Father Beavers served at St. Barbara in Powell, St. Laurence O’Toole in Laramie, St. Joseph’s Children
Home in Torrington, Cathedral of St. Mary in Cheyenne, Our Lady of the Mountains in Jackson, and Holy Spirit Catholic Community in Rock Springs.

Because of COVID-19 safety guidelines, his funeral service was not open to the public. The Funeral Mass was celebrated Friday, July 31, at St. Barbara’s Catholic Church in Powell. A memorial Mass will be celebrated for Father Beavers at the St. Cyril and Methodius parish center parking lot at 624 Bridger Ave on Tuesday August 11, at 7:00 P.M. Attendees are asked to bring their own chair and face covering.