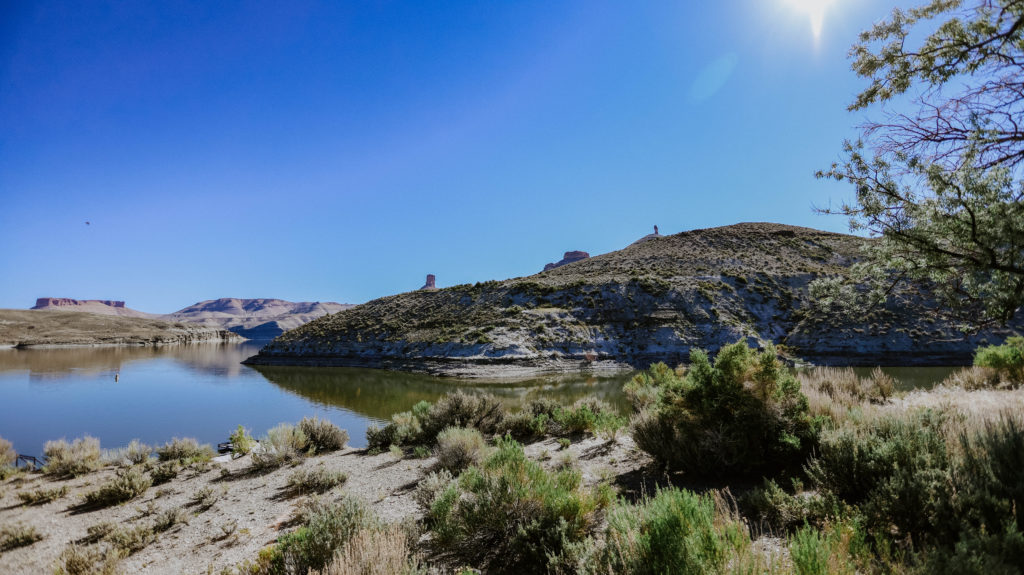 SWEETWATER COUNTY — On Friday, August 7, 2020, at approximately 7 pm, sheriff’s deputies responded to a report of two missing persons near the Firehole Canyon and Sage Creek area of the Green River and Flaming Gorge Reservoir.

Through the course of investigation, deputies learned that a 34-year-old Rock Springs man and his seven-year-old son were last seen leaving their campsite in an all-terrian vehicle at around 11:30 pm on Thursday night, August 6. An eyewitness later reported that the pair never returned to camp in the side-by-side.

After deputies searched through the night, at approximately 6:30 am, on Saturday, August 8, an oil slick and debris was discovered floating on the surface of the water below a two-hundred-foot cliff. Search and rescue and dive team personnel were dispatched to assist deputies in their rescue efforts.

At around midday on Saturday, divers located and recovered from the water a submerged all-terrain vehicle in the immediate area of the surface debris. Deputies also recovered the body of the adult male from inside of the vehicle.

The child remains missing as search and rescue efforts continue.

The identities of those involved are being withheld as the investigation is active and ongoing. Further details will be released as they become available.