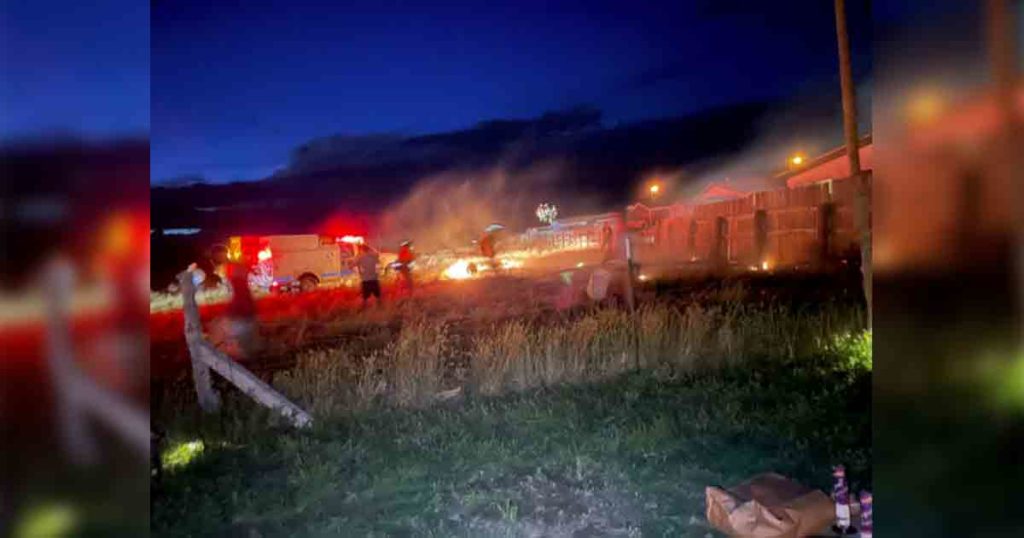 This is just one of six fires the Rock Springs Area Joint Fire Command Task Force responded to on the Fourth of July.

All these fires burned on private lands in the areas of North of Rock Springs, Hwy 191 North, and on Purple Sage Road. No homes, or other structures were threatened from the fires. All the fires that were reported were small and firefighters were able to get control of them quickly with no problems.

“We experienced a relatively mild Fourth of July as compared to previous years. I’d like to thank the public for taking our messages to heart about fireworks and the high fire danger,” Sweetwater County Fire District No. 1 Fire Chief Scott Kitchner said. “The lack of fires showed that they took our messages serious, and we appreciate that very much.”

These fire calls only represent the fireworks related calls that firefighters respond to on July 4th and does not include all the other emergencies that we dealt with over the holiday weekend. When vehicle accidents, medical calls, and other calls for service are added in, it made for a busy holiday weekend.

“I would like to thank all the local responding agencies that shared resources with us to keep our community safe,” Kitchner said. “It is cooperation like this that aids us all in our time of need.”

The Joint Fire Command Task Force is comprised of fire units from Sweetwater County Fire District No. 1, Bureau of Land Management, Rock Springs Fire Department and the Sweetwater County Fire Department. The task force utilizes a joint unified command comprised of leaders from the various agencies. The task force was formed four years ago as an effort to share resources to help mitigate the overwhelming amounts of emergency calls that happen on the evening of the Fourth of July.

Kitchner would like to remind residents that Sweetwater County still has extremely dry conditions in southwest Wyoming and urges them to use caution when out enjoying the outdoors.