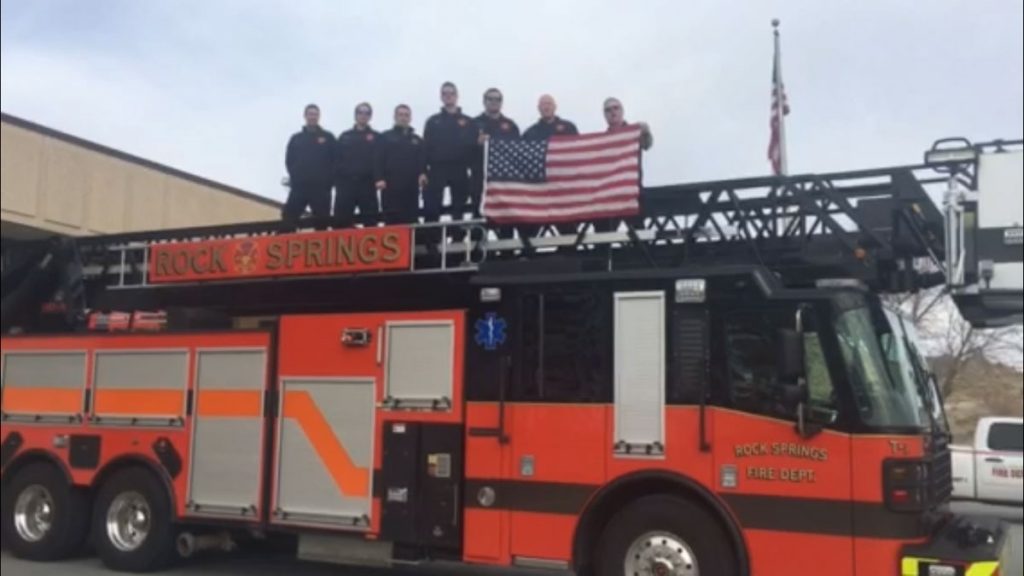 It took nearly six months, but the flag that has been flown across the US and made a stop to fly over the Rock Springs Fire Department is in the hands of Olympians headed to South Korea.

WASHINGTON, DC — On January 23, the USA Bobsled & Skeleton First Responders Flag Relay came to an end as the four flags that traveled our nation were presented to the Olympians headed to South Korea.

The presentations were made during a special VIP hour at a fundraiser for the team held in Washington, D.C. Along with the presentation, a two-minute video was shown of the many photos and videos submitted, which showed just how far the flags have traveled.

Matthew Troy, who is a volunteer firefighter, USA Bobsled videographer, and flag relay coordinator, said the project was inspired by Chris Fogt.

Fogt is a bobsled push athlete and active serviceman who gave a flag etiquette class to all of the athletes last summer.

Three of the flags were donated by Carrot-Top Industries based in North Carolina, while the fourth was so donated by Glen Busch of a fire department and honor guard from Illinois.

The flags began their journeys last summer in Illinois, South Carolina, Texas, and Connecticut.  From there, they traveled the country. 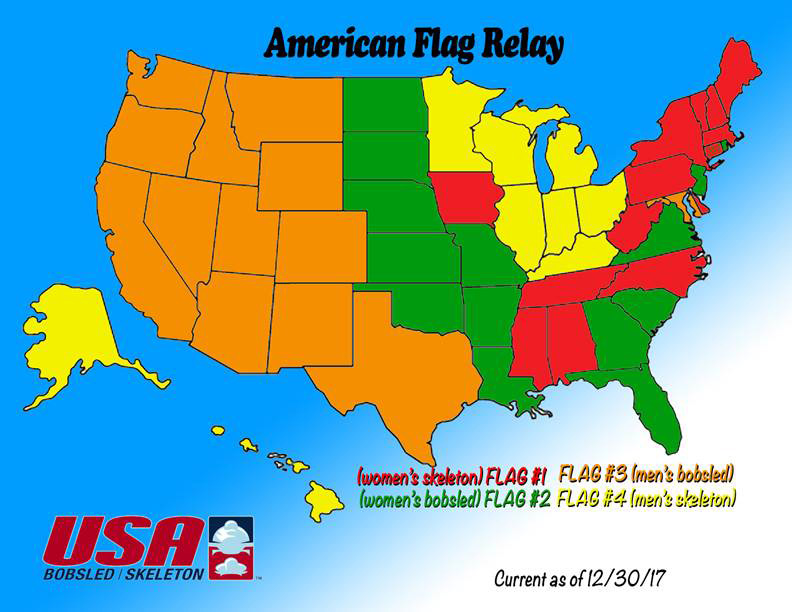 The flags flew in all sorts of ceremonies, big and small, as well as humble displays of patriotism for a single day.  Some flags flew over the National Fallen Firefighters Memorial in Maryland.  One flag flew in Barrow, Alaska (the northernmost town in the United States) before traveling to Hawaii.

All four flags flew in New York State (as the bobsled and skeleton teams are based in Lake Placid, NY).

Many of the flags flew in the hometowns or college towns of many of the athletes. 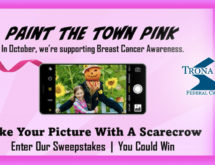 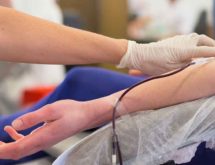 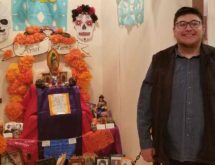 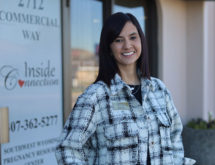