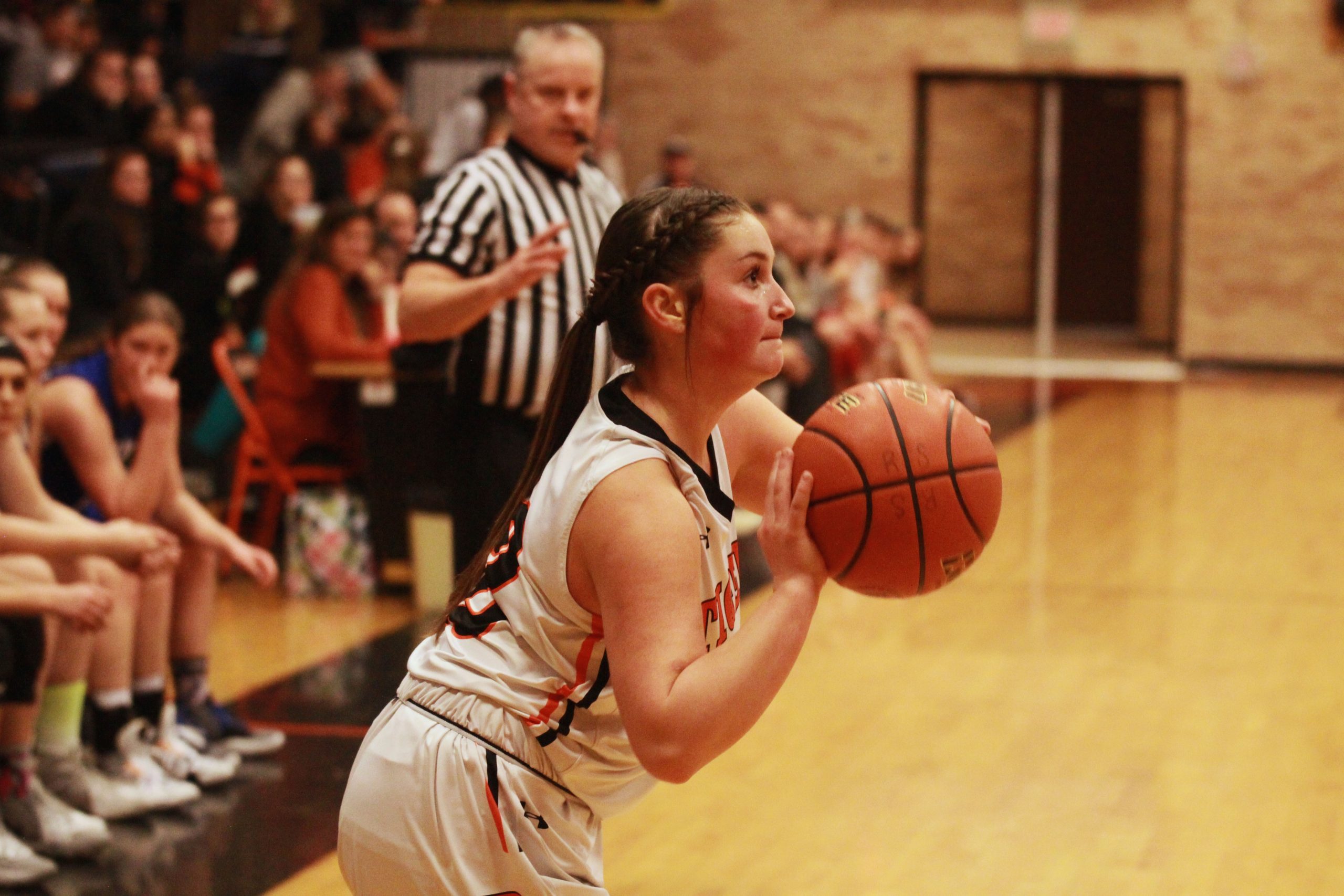 The Rock Springs Tigers will be battling this weekend in the Flaming Gorge Classic. Photo by Brayden Flack.

ROCK SPRINGS — The Flaming Gorge Classic is back in Sweetwater County for the 2019-20 high school basketball season. The three-day tournament will feature a host of teams from around the state with games being played in Rock Springs and Green River.

The Tigers will be one of many teams looking to improve during the tournament. Check here daily for photos, scores and team commentary from the scheduled games for Rock Springs. You can find a schedule of the tournament for the boys here and the girls here.

The Rock Springs Tigers came up short in both of their matchups on Thursday.

An early surge of energy in the first quarter was overcome by the Outlaws second half play. The Tigers struggled to finish layups throughout the game which left a lot of points off the board. Rawlins proved to shoot the ball well in the second half which supported a 63-59 advantage over the Tigers.

Rock Springs falls to 0-6 on the season and will have a chance on Friday to earn their first victory of the year.

Q: Obviously it’s a rough stretch to begin the year. How are you guys going to get through it?

“It’s going to take leadership. There’s not much more we can do when you miss 15 layups and don’t shoot the ball well. We struggled defensively to stop them. It’s going to be us battling through this adversity here early on. These close game are going to give us that experience that a lot of these guys don’t have.

We don’t really have an identity on offense and some of that is on me. It’s just going to take some leadership in the locker room and us as a coaching staff keeping the morale up.”

Q: Was there anything you liked that you saw from this game tonight?

“We never gave up, we battled. That’s all you can ask. We put ourselves in situations to extend the lead or get ourselves back and we made mistakes. We were up 12 in this game and then became complacent. Some of it is just on us developing that composure and getting that experience with some of these younger guys.”

Rock Springs responded with an upset against the #4 Thunder Basin Bolts on Friday night. The Tigers earned their first win on the season in an 82-69 victory over the visiting Bolts.

The lack of offensive identity was addressed by an offense that was upbeat, quick and slashing. Defensively, Rock Springs did a superb job of forcing Thunder Basin to take outside shots.

Rock Springs certainly made a statement about the potential of their basketball team. The 82-point performance was the best of the season for the Tigers and they outplayed a sharp shooting Thunder Basin team. The win provides both confidence and encouragement with the rest of a long season to be played.

Q: What was different tonight compared to the last six games?

Justis Reese: “I think the difference is that we actually spaced out more this time. We actually didn’t play selfish, we played together as one.”

Favor Okere: “I feel like this game we gained our confidence. We were able to move the ball and do what we do by attacking, kicking and shooting. Just what we’ve been wanting to do this season finally started to come together.”

Q: What kind of statement does this win make being that it’s the first of the year and against a team like Thunder Basin?

Justis Reese: “Honestly I just think we’ve shown the state what we can do. We’re finally coming together.”

Favor Okere: “It shows that when we actually play as a team we do what we want. We can be dangerous but it’s just the beginning of the season and we’re looking to just improve on this and continue getting wins.

After a high energy game on Friday night against Thunder Basin, the Tigers had a short turnaround to close out the tournament against the Worland Warriors.

Early foul trouble and consistent turnovers cost the Tigers the game against the Warriors. Rock Springs had a hard time getting the ball inside the paint and struggled offensively to find much of a pace.

Rock Springs did play their young and upcoming players in the second half to get them some experience and spark the team. Worland didn’t let up and closed out the game 52-31 over the Tigers.

Rock Springs finished with a 1-3 record in the Flaming Gorge Classic with an overall 1-7 record on the year.

The 2-2 Lady Tigers started the tournament off strong with a victory over the Lyman Eagles. Rock Springs is now 1-0 in the Flaming Gorge Classic.

Throughout the first half, the Tigers committed numerous turnovers. However, failure to convert on some of those turnovers, the Eagles only took a two point lead at the half.

Rock Springs’ offense found its rhythm in the second half. Brenli Jenkins lit up the floor which boosted the Tigers above the Eagles in the fourth quarter. The chippy defense by Rock Springs also gave the Eagles offense trouble and ultimately led to the 55-49 victory for the Lady Tigers.

Q: There was a slow start offensively, what flipped the switch?

“When we started talking more and went through the plays that we have been practicing. That’s when it all just started to work for us.”

Q: As a defense you guys held Lyman’s Brice Hansen under her average. What can you say about this defense tonight?

The Lady Tigers extended to a 2-0 record in the Flaming Gorge Classic with a 58-46 win over the Bear Lake Bears.

Rock Springs and Bear Lake went back and forth on the scoreboard throughout the first three quarters of the game. The Bears were dominating the paint and finding a lot of easy baskets down low.

However, the Lady Tigers exploded in the fourth quarter to take the lead. Led by sophomore Brenli Jenkins, the offense moved the ball well and took advantage of open shots. Rock Springs’ defense also adjusted and shut down the Bears offensive production which resulted in a win for the Lady Tigers.

Rock Springs will face Pinedale tomorrow to wrap up the last game of their Flaming Gorge Classic schedule.

Q: What can you contribute to that takeover in the fourth quarter?

“I would say sharing the ball. We did that a lot more during the fourth. We got in and got a lot more offensive and defensive boards. We boxed out and played solid defense that quarter.”

“Keep playing how we are. Keep sharing the ball, keep playing defense and keep on getting the boards we are getting.” 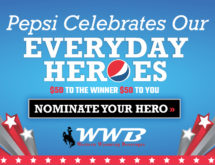