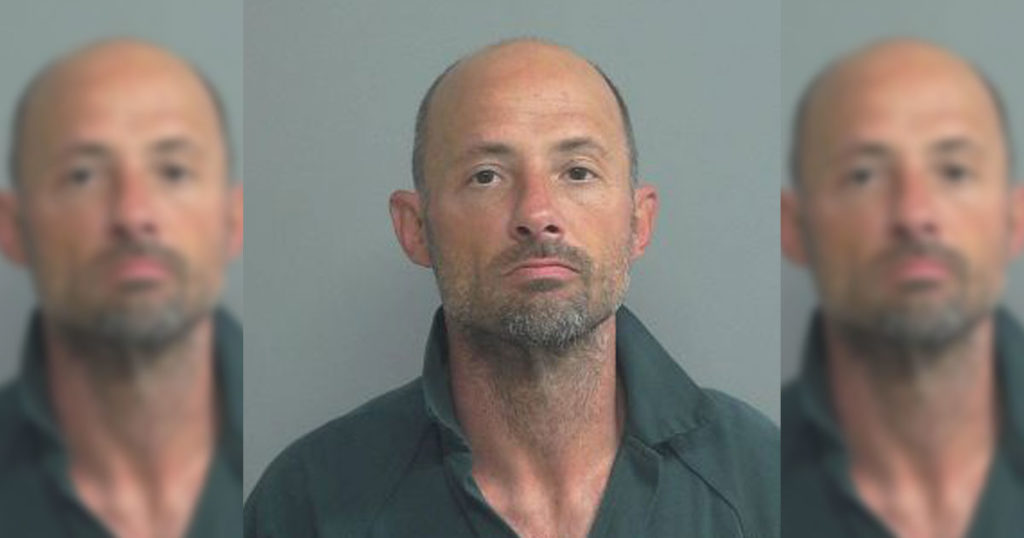 James Joseph Estes of Tampa, FL was sentenced in Third District Court today on two charges stemming from a high-speed chase on Interstate 80 in October.

GREEN RIVER — A 41-year old Tampa, FL man was sentenced to the state penitentiary in Third District Court this morning after leading law enforcement officers on a high-speed chase along Interstate 80 that covered two counties back in October.

James Joseph Estes was facing seven counts ranging from escape from official detention to unauthorized use of a vehicle stemming from the incident that began in Rawlins on October 8.

He reached a plea agreement with the Sweetwater County Attorney’s Office and pleaded guilty to four counts in the case. Three other charges were dismissed. Estes was sentenced to no more than 3 years in the Wyoming State Penitentiary for the escape charge, and 43 days time served each for eluding a police officer, unauthorized use of a vehicle and driving on a suspended or revoked license. All of the sentences wlll run concurrently.

Estes told the court today that he was on “quite a bit of drugs” when the pursuit began in Rawlins. He was traveling back to California where he told Judge Richard Lavery he was residing at the time.

Estes was on his Harley Davidson motorcycle and led Rawlins police on a chase through town before deciding to evade them by getting onto the interstate. The chase was joined by the Wyoming Highway Patrol and extended into Sweetwater County before Estes eventually ran out of gas.

He was finally apprehended just outside of Wamsutter and put in the back of a Rawlins Police Department vehicle. But in a bizarre twist, Estes was able to get out of the back seat and into the driver’s seat where he again fled the scene.

I was really scared, and it was basically a situation of fight or flight.

The pursuit continued westbound toward Rock Springs reaching speeds near 140 miles per hour before law enforcement was able to put down road spikes and deflate his tires. Estes said he got out to car and ran “for about five seconds” before giving himself over to the pursuing officers.

According the Deputy County Attorney Micaela Lira, Este has active warrants in both California and Florida. His criminal history shows probation revocation, a 2017 conviction for evading an officer and grand theft auto, 2015 felony charges for drug possession and battery, and resisting arrest in 2016.

Estes says he served time in California for grand theft auto but was out on parole at the time of his arrest in Wyoming.