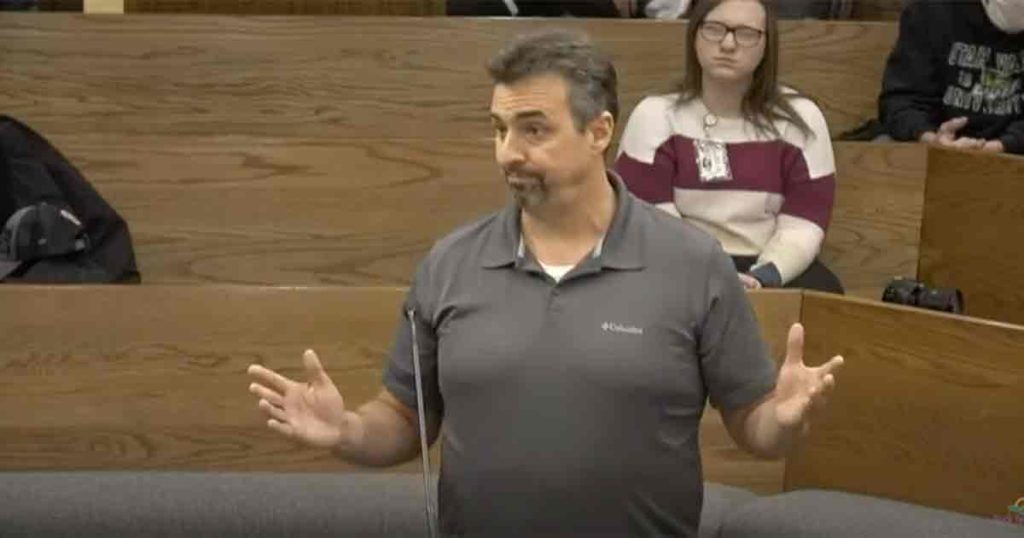 ROCK SPRINGS — After hearing from several mobile food vendors, the Rock Springs City Council let the vendors know that while it was still going to continue with the first reading of the mobile establishment regulation ordinance, it will be making changes to it.

The mobile establishment regulation ordinance, also known as the food truck ordinance, will need to go through three readings before it passes. During this time, the Council made it clear it would like to work with local food truck vendors to adjust the ordinance where needed so it is something they can all agree upon.

During the public hearing last night, City Planner Laura Leigh explained that the mobile vendors are currently operating under the peddler and solicitor ordinance as “transient merchants.” She said this ordinance is more for people selling products door to door. With the drastic increase in food truck vendors, Leigh said it would be better for the city to create a new ordinance for them to follow than to try and adjust the one they already were under, which really wasn’t a good fit to start with.

According to Leigh, in 2019 the city had about seven food truck vendors. Now, the city has 21 mobile food vendors, which is a significant increase. Prior to creating an ordinance for the mobile units, Leigh and other city officials looked at what other cities in the state did and created an ordinance from those.

“The purpose of this meeting is to gather that public input, Council input…” Leigh said.

This way the changes can be incorporated into the ordinance prior to the third reading.

Leigh proceeded to go through the ordinance in great detail pointing out the most important parts for those in attendance.

The complete proposed ordinance is below.

Leigh said this ordinance will allow the city to create a standardized form, which will actually be easier and less time consuming for the vendors.

Under the proposed ordinance, mobile vendors will still pay for a business license and then pay $25 per month of operation for a mobile vending permit or $100 for the annual permit.

During the public hearing, a handful of mobile vendor owners spoke to the Council about the ordinance. Some had questions, while others had suggestions.

Native Sun owner Lou DePoyster said the ordinance was well written however he wanted to know if a text message or email from a private owner would meet the ordinance’s written permission requirement. Oftentimes, food truck owners text their friends to see if they can park in their parking lot for a day.

City officials seemed to think that was okay as long as they had the property owner’s permission.

DePoyster also asked about parking on a lot, such as the Home Depot, where they are getting permission from the manger and not the property owner. City officials said they would make an amendment to the ordinance to include property owner or general manager.

Robert Cornman of Cornman’s Kettle Corn said no one has ever regulated them except for the health department and he wanted to know who would be regulating this. Mayor Tim Kaumo said the city isn’t out there looking for problems unless there are complaints. The city is leaving it up to the business owners to regulate themselves.

Cornman said the local food trucks deal with “squatters” who just show up without permits or anything, which can cause problems for local vendors.

I think this regulation is a good idea. We need some ordinances to protect us. We have invested a lot of time and money into this.”

Kaumo said this is a small enough community that everyone knows who is doing what. If someone comes off the interstate and sets up shop without a permit, the police department will be contacted by someone.

As for the vending fee in addition to the $50 business license, Cornman didn’t like it, saying he only operates during the summer.

“I feel that might be a little steep,” Cornman said.

Councilor David Halter suggested maybe having a $50 six-month license to accommodate the vendors. One could be for the summer months and the other for winter.

Another issue brought to light was the time trucks had to shut down. The proposed ordinance says 8 p.m., however for an ice cream truck selling products in the summer, it’s not even dark out yet. The time will be moved to 9 p.m.

“We have two more readings to get through and by all means if we get to the third reading and we still have issues to work out, we’ll pump the brakes a bit. And just make sure that when we roll this out it’s as fair as it possibly can be, and it does those things that we intend it to do; it streamlines the process, it treats everybody fairly, and it creates business in our community,” Mayor Kaumo said.

City attorney Richard Beckwith said he and Leigh will meet to start making proposed amendments to the ordinance and they will have those amendments ready before the next meeting.

To hear the whole discussion, see the video below. The public hearing starts at 56 minutes.