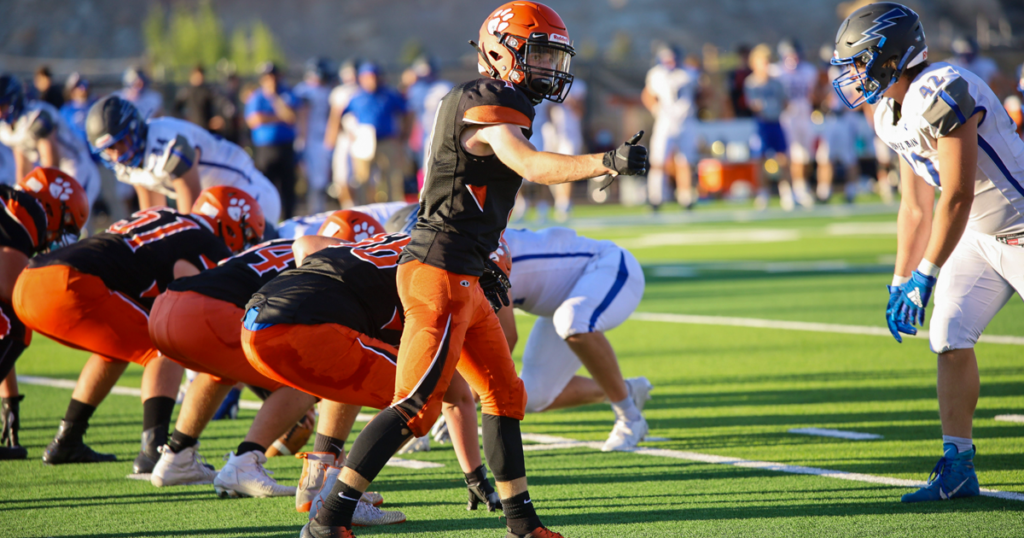 WYOMING — The latest WyoPreps.com Coaches and Media Football Poll has been released.

Rock Springs climbed into the top five for the first time this season. Snapping a 19-year losing streak on the road in Casper against Natrona County was enough to propel the Tigers into the #5 spot. This week Rock Springs will play at home against a struggling Laramie team.

After a huge win last week in Evanston, the Green River Wolves received a few votes in this week’s rankings. The Wolves will play a home game against Jackson this week, in which they hope to put a complete game together and take the next step.

Mountain View convincingly beat Kemmerer 40-0 last week, earning them the top spot once again at the 2A level. The Buffaloes travel to Pinedale this week to face off against the Wranglers.

Lyman continues to bounce around the 2A rankings. The Eagles lost to Big Piney last week in a close game, dropping them from third to fifth. Lyman will play Kemmerer this week at home seeking to chalk up another victory.

Farson-Eden comes off a week of not playing after Ten Sleep forfeited last week. The Pronghorns will be well-rested to take on #2 Kaycee this week on the road.