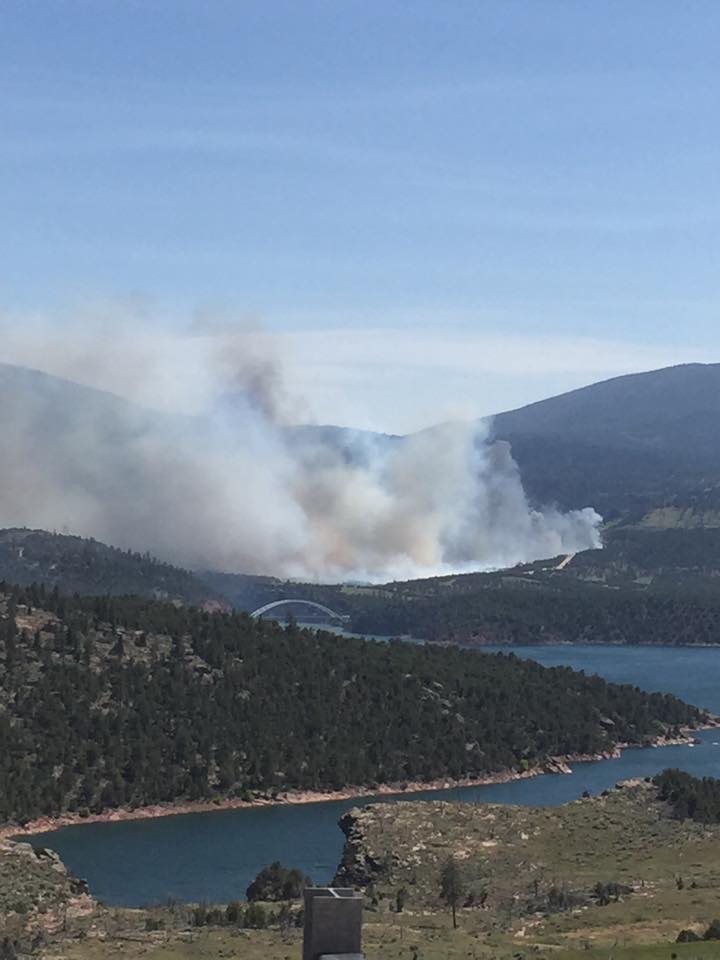 MANILLA — At approximately 1:35 PM a fire was reported in Daggett County in the Firefighter’s Memorial area of US 191 MM 391. The cause of the fire is not known at this time.

The fire is in the area of some large power lines, and power is out through most of the area affecting homes in The Pines, The Acres, and Flaming Gorge Resort, with no specific time frame for it to be restored. Bridger Valley Electric and Moon Lake Electric are on scene assessing damage and trying to restore power.

There are approximately 50 – 60 acres currently burning. There are 30 to 40 personnel on the ground attempting to keep the fire contained to the area east of Hwy 191. Law Enforcement officers are providing traffic control which currently consists of one lane traffic with several stops to allow for retardant drops. Travel in the area is restricted on US Hwy 191 from MM 390 to 396 until further notice.

FLAMING GORGE — We have received these photos of a fire at Fireman’s Memorial near the Carter Creek Bridge and Cedar Creek Marina from reader Mandi Johnson.

We have received reports that traffic is stopped.

Updates as we receive them.