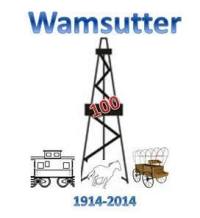 SWEETWATER COUNTY – After getting the petition approved in May, the High Desert Rural Health District went through another step on Tuesday as the Sweetwater County Commissioners had a public hearing on the formation of the district.

In April, the county received a petition with approximately 336 signatures for the approval of a health district, the boundaries of which would include Wamsutter and Bairoil. In May, the commissioners accepted the petition.

The next step was that the county commission had to have a public hearing on the request. There were no comments against the district at the meeting. Attorney for the district John Cougar was the only one who spoke during the hearing.

Cougar was joined by a group of volunteers from Wamsutter, who have been spearheading the formation of the district. Also in attendance were representatives from BP and Anadarko, who are also in favor of the creation of a district.

Sweetwater County Commissioner Chairman Wally Johnson said he appreciated seeing the support of BP and Anadarko for the district. BP has had a strong partnership with Wamsutter providing $2.2 billion to Wamsutter. Anadarko is also a valuable partner in Sweetwater County as they are the largest landowner in the county.

Cougar said Love Truck Stop was also going to try to send a representative and added their support to the district.

Cougar said the district has the potential to ask for two mills but would only ask for one. Commissioner Reid West made sure to clarify the voters would not be voting on the mills but when a board was put into place, they would make the decision on the mills.

“We will not only be fiscally responsible but also have fiduciary responsiblity,” Cougar said. “We will run the district like a business. The last thing we want is to come to you asking for a bailout down the road.”

Cougar also pointed to the amount of traffic that goes past Wamsutter. The nearest hospital is 40 miles away and not in Sweetwater County but in Rawlins.

The commissioners voiced support for Wamsutter but again warned the organizers to be financial careful and get professional people involved from the beginning to set a strong foundation for the district.

After the public hearing, the commissioners unanimously accepted the district be put on the ballot in November to be voted on by those in the district boundaries.

Sweetwater County Clerk Dale Davis and Cougar both pointed out after the public hearing, there has to be a 30-day waiting period. If 35 percent of the landowners in the district voice disagreement to the formation of the district during this period, the motion made by the commissioners on Tuesday would become invalid.