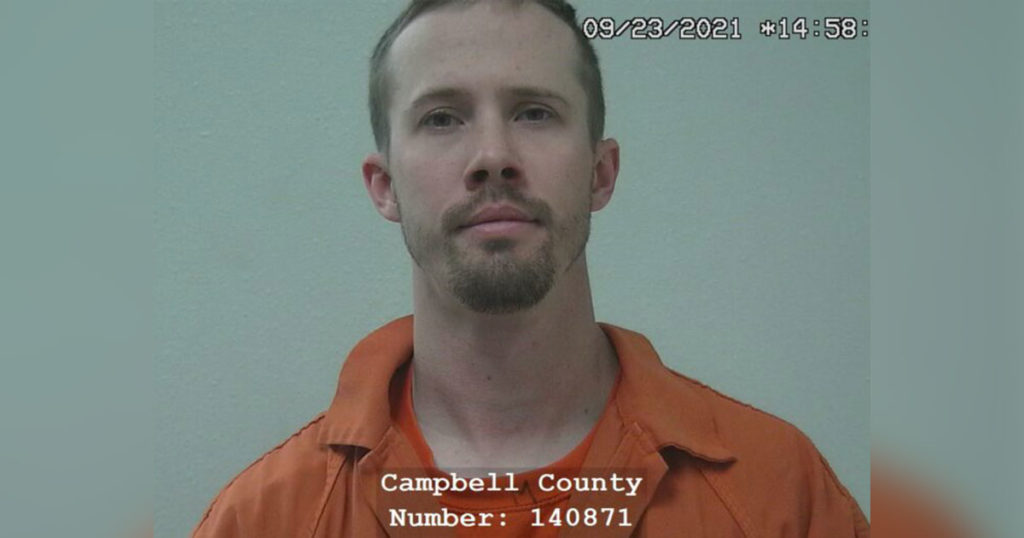 GILLETTE — A former detention officer has pleaded no contest to the sexual assault of a female inmate while he worked at the Campbell County Detention Center.

Sean Isaac Allen, 31, has been found guilty of one count of second-degree sexual assault for having sex with a female inmate at the detention center while working as an officer employed by the Campbell County Sheriff’s Office, court records show.

All charges against Allen stem from a July 2021 incident where investigators were tipped off by an inmate who claimed he had sex with another female inmate while he was working as a detention officer, according to an affidavit of probable cause filed in the case.

Sheriff’s office leadership forwarded the case on to the Wyoming Division of Criminal Investigation after they reportedly substantiated enough of the inmate’s claims through jail surveillance that showed Allen entering and leaving the female inmate’s cell multiple times between May and June 2021, per the affidavit.

When interviewed, the complainant told DCI agents that Allen and the inmate had “hooked up” and that it was “obvious” they had engaged in sexual activity based on the noises, such as heavy breathing and moaning, coming from the cell when he and the inmate were alone, the affidavit states.

Other inmates reportedly confirmed that it was strange for Allen to be entering the female inmate’s cell as many times as he did, per the affidavit.

The victim told agents that Allen first snuck into her cell in May of 2021 at 4 a.m., where he woke her up by kissing her on the mouth and telling her that he was working alone and that no one would know he was there, the affidavit states.

During the incident, Allen reportedly touched the female and made her feel that she would be in trouble if she didn’t do what he wanted, per the affidavit, which adds that was when he began visiting her cell more frequently.

Surveillance footage from May 23 at approximately 4 a.m. showed Allen using what appeared to be a key to open the victim’s cell door, where he remained for several minutes before exiting and securing the door behind him, the affidavit states.

Surveillance footage from June 30 showed Allen entering the female’s cell after she finished showering and was wearing only a towel. Minutes later, Allen is seen leaving her cell and the female emerges a short while later, wearing a yellow jumpsuit, per the affidavit.

Allen, when interviewed, reportedly admitted to using a key to enter the female’s cell, which was quieter than the electronic controls and less likely to wake the other inmates, the affidavit states.

Doing so, he said, gave him an adrenaline rush because it was something he knew he shouldn’t do and he believed the female inmate liked it, according to the affidavit.

A sentencing hearing for Allen has been set for June 29.