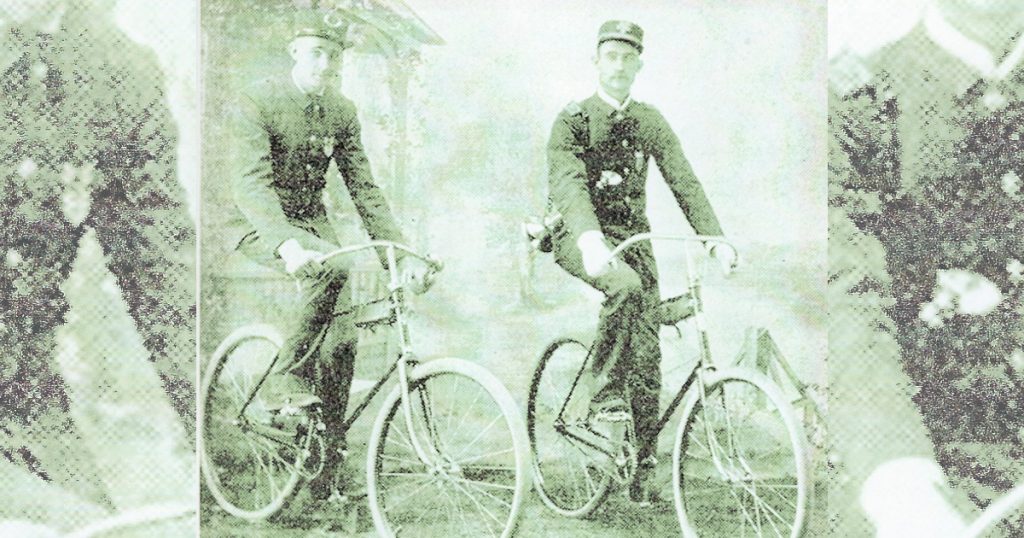 In the 1890s, volunteer firemen in Rock Springs rode bicycles to a fire alongside horse-drawn fire engines. Andrew Riddle on the left and Joseph Iredale on the right. Photo courtesy of Rock Springs Historical Museum.

SWEETWATER COUNTY — Firefighting in Sweetwater County has come a long way from the 1890s, when volunteer firemen sometimes raced to fire scenes on bicycles.

Horse-drawn carts served as the original fire engines for the volunteer firemen in the early days before the Rock Springs Fire Department got its first fire engine, an American LaFrance model, purchased on Sept. 4, 1916, according to current Rock Springs Fire Chief Jim Wamsley.

Fire engines even decades ago were designed to last, and last. A “Mack” fire engine which Rock Springs purchased in 1937 was still being used in the 1970s.

It was headquartered at the former Fire Station at M and 9th Streets, near Sts. Cyril & Methodius Catholic Church and where the monument now stands to the Chinese killed by rioting miners back in the late 1800s.

Today, a new fire engine can cost anywhere from $500,000 to $1.3 million depending upon the type of engine needed, according to Sweetwater Fire District  #1 Chief Scott Kitchner.

“Fire trucks have changed tremendously over the years from being wagons pulled by men and their horses, to being powered by steam driven engines,” Kitchner said.

The size of fire trucks has changed a lot over the years; they have become much taller and longer than those of the past which enables you to carry more water and other equipment to fires or emergencies.

“Fire trucks can now carry more than just water; they can have firefighting foam and dry chemical agents on board to fight fires. The fire trucks of today’s fire service are the most technologically advanced pieces of equipment we have,” said Kitchner.
.

One reason for the larger, more sophisticated fire trucks of the 21st century is that house fires have become more dangerous, if such a thing is possible.

In houses built prior to the 1970s, a small fire which started in, for example, the living room, might take as long as a half-hour to reach “flashover”, Wamsley explained.

In houses built during or later than the 1970s, the lighter, more flammable materials, flashover—the point where an entire room is engulfed in thousand-degree flames—can be reached in a matter of only a few minutes.

“Flashover can be reached in as little as three minutes, forty seconds, according to the Legacy Fire training video,” Wamsley said. “The effects of fire are much quicker now than before the 1970s.”

By that time, the fire will likely have spread through an entire room on its way to totaling the house, and the homeowner and family had best be out the door before that happens.
.

Green River Fire Chief Mike Nomis concurred with Wamsley. “Beginning in the 1970s, with lighter construction materials, it takes a lot less time for a fire to become fully engaged,” Nomis said, “so now there’s more strategy involved in fighting fire than there was in the 70s, 80s and even the early 90s. Now, there’s an emphasis on protecting the surrounding property.”

The trade-off, according to Wamsley, is that there are fewer fires now, due to education and prevention programs, but the fires that do get started are more dangerous due to their ability to spread more rapidly in homes built in the 1970s or later.

This is Part 1 of a four-part series on the history and evolution of local firefighting, with lots of historic photos courtesy of Rock Springs Historical Museum. Keep your eye out for the next installments. 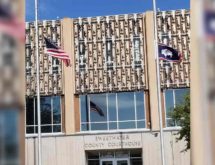 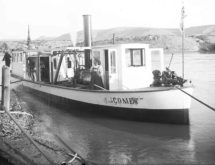 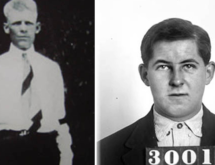 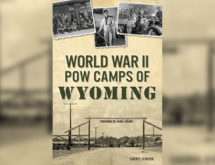