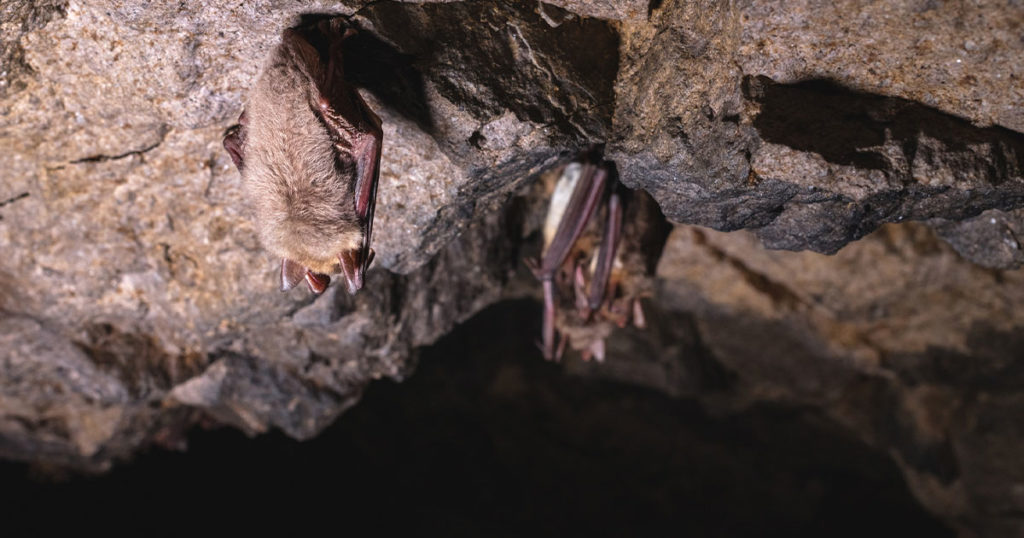 CHEYENNE – The Bureau of Land Management in partnership with the Wyoming Game and Fish Department is urging cave visitors to take precautions to protect bat populations at risk of contracting Pseudogymnoascus destructans (Pd), the fungus that causes white-nose syndrome in bats. While the disease is not transmittable to humans, visitors are able to slow the spread by cleaning shoes and gear before and after entering the caves.

The U.S. Geological Survey’s National Wildlife Health Center tests bats annually to detect cases of Pd in confirmed hibernaculum, locations where bats spend the winter, and this is the first time that Pd has been identified in Wyoming.

Researchers found bats with Pd in the Shirley Mountains on BLM land in Carbon County and in Platte County on Wyoming Military Department land. The Shirley Mountain site is home to Wyoming’s largest known hibernacula, housing roughly 75 bats of five different species through the winter hibernation period. It is also a popular site for recreation, which makes preventative measures an important step to protecting these sites and the bats that they house.

“BLM Wyoming continues to work with the Wyoming Game and Fish Department, the University of Wyoming and other stakeholders and partners to manage public lands habitats in support of all wildlife populations in the State,” says Timothy Novotny, Acting Field Manager for the Rawlins Field Office. “After coordinated discussions, BLM will maintain access to this public cave system. The agency encourages public visitors to follow all recommended decontamination procedures to avoid transmission of this fungus between this and any other unaffected areas.”

Here is how the public can help: 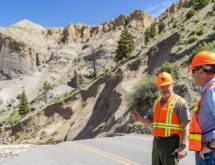