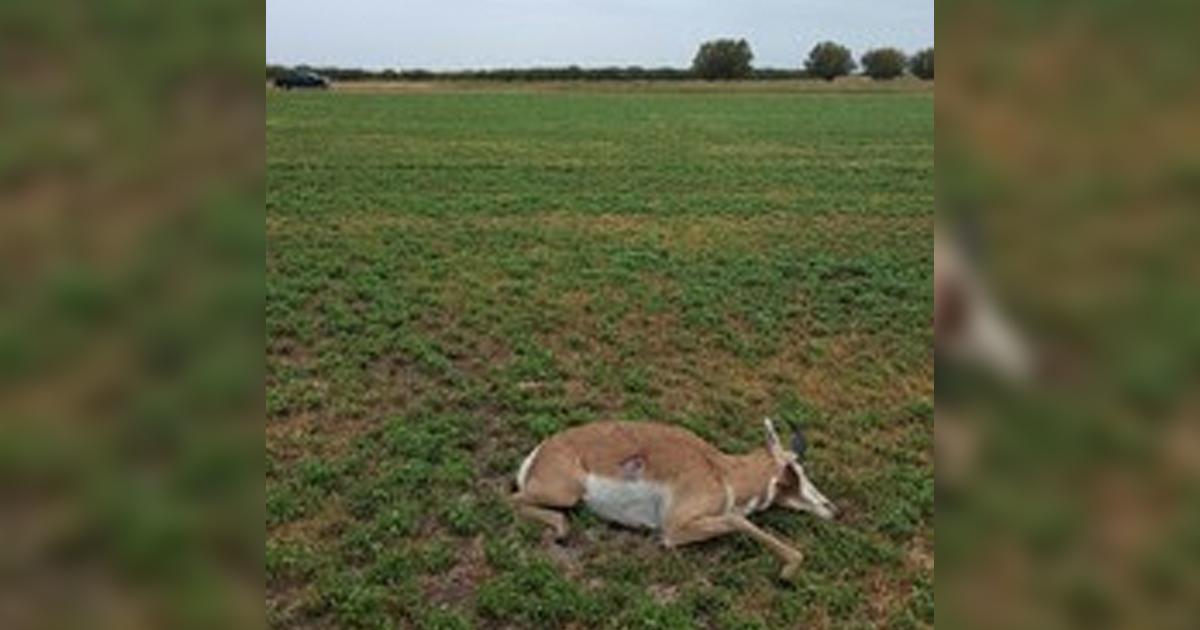 FARSON — The Wyoming Game and Fish Department is seeking any information regarding a buck pronghorn antelope that was illegally shot and left to waste near Farson on Sunday morning.

The young buck was shot with a rifle on an irrigated alfalfa field two miles north of Farson (the old Jack McMurry Ranch) in Antelope Hunt Area 91. The hunt area was only open to the taking of doe or fawn antelope, during a special early season designed to alleviate damage to growing cultivated crops on private land.

Witnesses in the area described a vehicle that may have been involved as a small blue truck driven by a middle-aged man with light colored hair, accompanied by a young woman with dark hair and a nose ring.

It is also believed the occupants of the blue truck were unaware that they did not have permission to hunt on that particular parcel of land due to a recent change in land ownership.

South Pinedale Game Warden Jordan Kraft states, “this type of action shows a blatant disregard for wildlife and is a theft of the wildlife resource to law abiding citizens.”