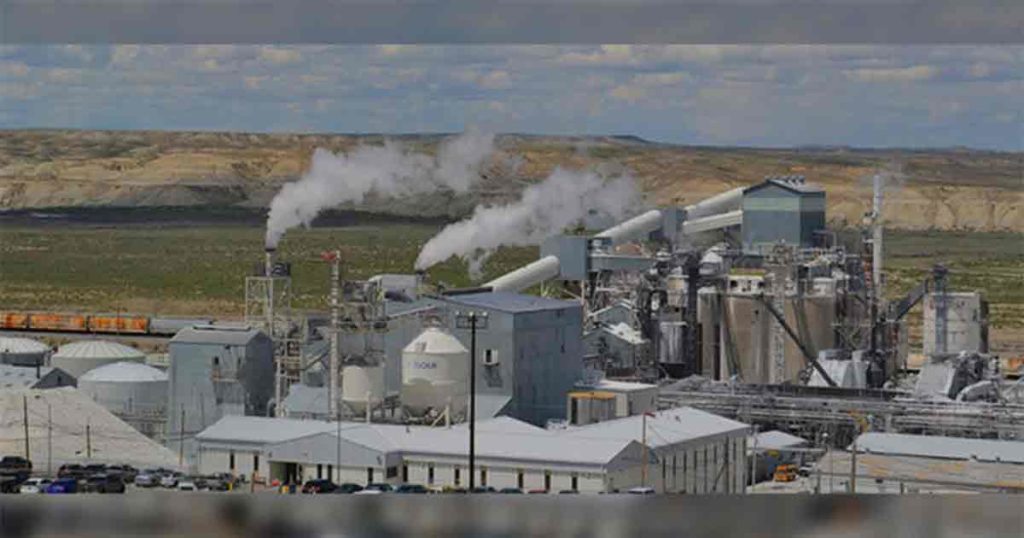 GREEN RIVER — Genesis Alkali has started calling some of its employees that were laid off this summer back to work.

As for how many will be called back, Genesis Alkali’s Director of Communications David Caplan said the word he’d use to best describe the number is “modest” as most of this is dependent on how many employees retire and when.

“It’s going to happen over time,” Caplan said. “It’s largely going to be done through attrition.”

According to the company’s website, Genesis employs about 950 workers at its multiple processing plants and underground mine.

While Genesis may not know exactly how many are going to retire and when, Caplan said it has many employees who have been employed by Genesis for more than 40 years and are nearing retirement age.

As employees have decided to retire, Genesis fills those vacant positions with employees who were recently laid off. The company has already started to fill positions left vacant due to retirement with those who were laid off this summer.

Back in July, Genesis laid off employees due to an economic downturn. At that time, Caplan said he wouldn’t release the exact number of how many were laid off.

“It’s encouraging that here we are, almost going into November, and we’re now able to say that and then start bringing some of those people back,” Caplan said. “To me that’s a very encouraging sign.”

Prior to this lay off in mid-April, Genesis announced to its employees that they were temporarily closing the Granger location and the Granger employees were moved over to the company’s main plant. At that time, around 100 employees from the Granger plant were absorbed into Genesis Alkali’s main plant, which is located west of Green River off of I-80.

This isn’t the first time Genesis and the other trona mines have faced an economic downturn, however it is the first time they’ve had to face it while going through a global pandemic. COVID-19 just created such “demand destruction” for those using soda ash for their products, such as glass.

“We’re starting to dig out and it’s going to be a slow process, but we’re hopeful next year will be better than this year and beyond,” Caplan said.