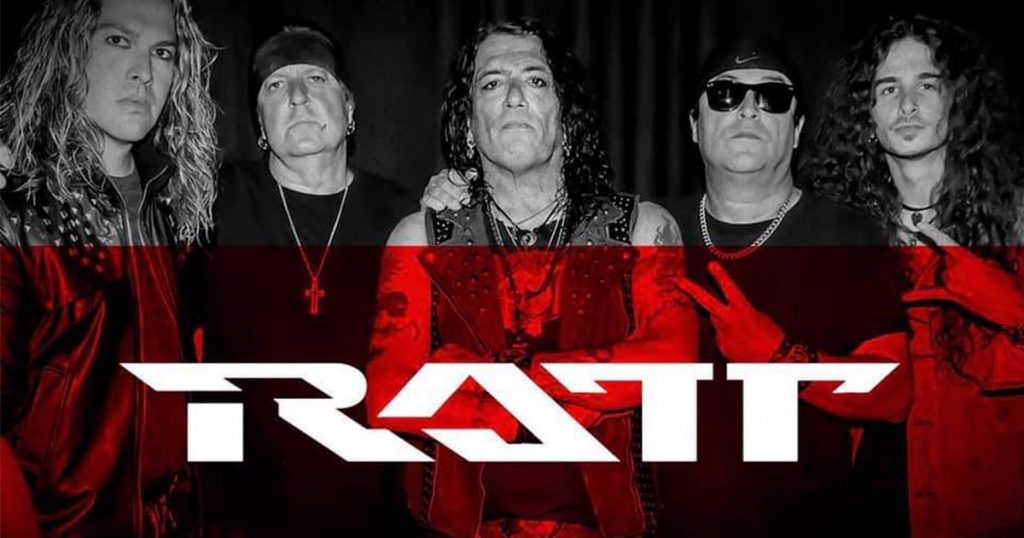 Classic 80’s rock band RATT will rock the stage Saturday, August 3, 2019 with at the After Dark Concert Series at Wyoming’s Big Show® presented by Simplot.

ROCK SPRINGS– Get ready to RATT and roll with L.A. rockers on Saturday, August 3 with classic 80’s rock band RATT at the After Dark Concert Series at Wyoming’s Big Show® presented by Simplot.

As the story goes, RATT helped pioneer Hollywood’s legendary Sunset Strip sound and scene in the 1980’s. Created by lead singer songwriter Stephen Pearcy 1982.  Pearcy regrouped with friend Robbin Crosby (also from San Diego) then changed the name of his band to RATT.

The band rehearsed and played the clubs in and around L.A. for over a year.  They soon recorded and released their own six song E.P. RATT in 1983. Their single, “You Think Your Tough”, (Pearcy/Crosby) the song became a staple on local L.A. radio stations KMET and KLOS. RATT EP sold well over 100,000 copies.

RATT was a headliner and selling out local shows and soon found themselves opening a show for ZZ Top. The band was called back onstage. RATT was on a roll.

Signed to Atlantic Records in 1984 the band’s debut album “Out of the Cellar” (Warren De Martini, Stephen Pearcy, Bobby Blotzer, Robbin Crosby and Juan Croucier) went over 3x Platinum in 1984 behind the hit single “Round & Round”, “Back for More” and “Wanted Man”. RATT would tour with Billy Squire and Ozzy Osbourne before going on to headline their own arena tours around the globe. World infestation had begun.

Since 1983 to present the band has sold in excess of (15) million records in the US alone. Their first (4) records went Platinum plus and the arenas concerts were selling out.  RATT released (2) records, Collage in 1997 and RATT 1999 before their latest “Infestation in 2010”.  They also released the Best of CD Tell the World: The Very Best of Ratt and their 3rd long form DVD, RATT Videos from the Cellar: The Atlantic Years.

In 2013 Rhino/Warner Music Group recently released RATT “Original Album Series, a (5) album box set with the albums “Out of the Cellar’ thru “Detonator” for the rabid RATT fans to have something to sink their teeth into.  2018 finds RATT continuing to rock the world, performing their mega hits from their storied catalog.