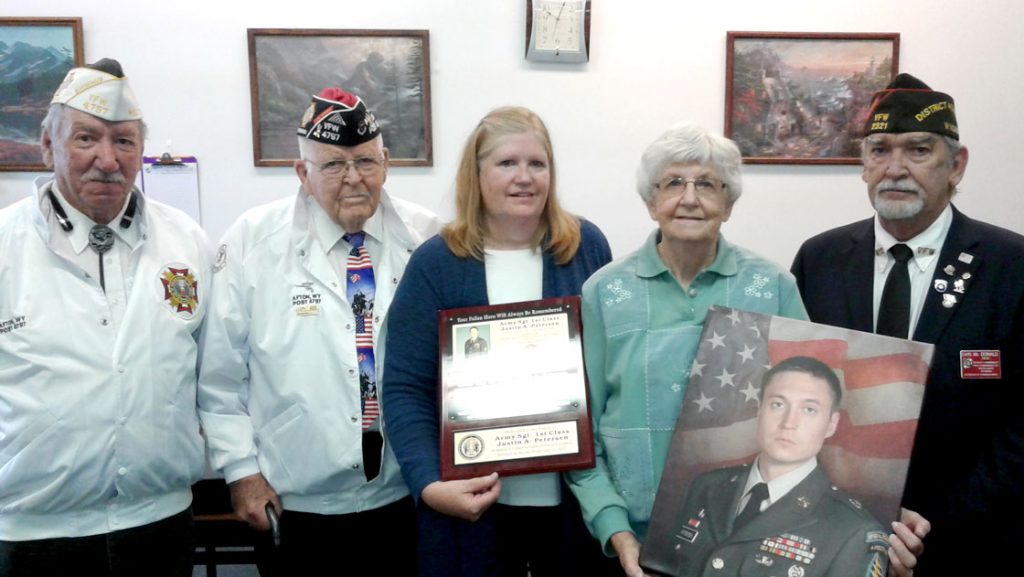 ROCK SPRINGS — When local veteran Doug Uhrig found out that a Rock Springs Gold Star mother had only learned about her late son’s plaque and portrait presentation after the fact and through social media, he gave himself a new goal.

He explained that the presentation for Rock Springs Native SFC Justin Petersen had occurred on July 21, 2017, at the Wyoming Governor’s Mansion. Uhrig said that the items were presented to a ‘non-family member’. In fact, Justin’s mother did not know the ceremony had occurred until later.

“When I heard of this it became my mission to recover these items and to have them presented to the Gold Star Family in an honorable setting,” Uhrig said.

SFC Justin Petersen was killed in a motorcycle accident on May 28, 2009, in Colorado Springs. His body was escorted to Rock Springs by members of his Green Beret unit and others he served with, in addition to a law enforcement escort, he was laid to rest in the Rock Springs Municipal Cemetary.

The first presentation was part of the ‘2017 Tribute to Fallen Soldiers Memorial Torch Motorcycle Ride’, which started in Eugene Oregon on July 15, 2017, and ended at Arlington National Cemetary on August 3rd, with a July 21st stop over at the Wyoming Governor’s Mansion for the first presentation.

Uhrig managed to track down the items and worked to get them into soldier’s immediate family’s hands. 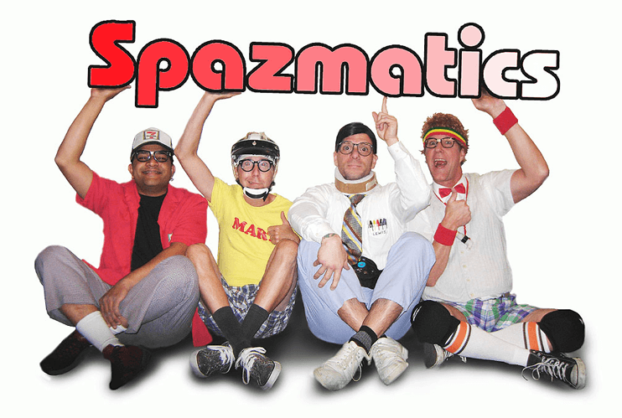 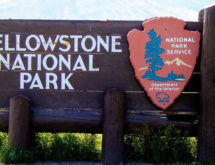 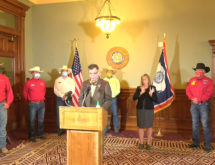